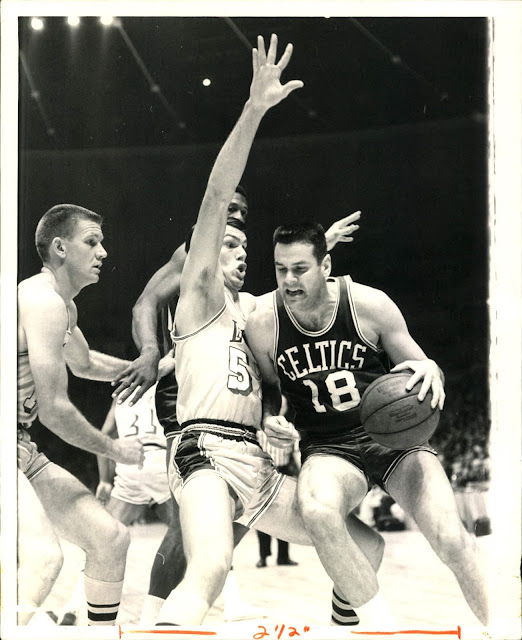 Howell, who played for the Celts for four seasons between 1966 and 1970, was drafted by the Detroit Pistons second in the 1959 NBA Draft after playing his college ball at Mississippi State. He remained with the Pistons for five seasons until he was traded to the Baltimore Bullets along with Bobby Ferry, Les Hunter, Wali Jones and Don Ohl for for Terry Dischinger, Don Kojis and Rod Thorn. He would later come to Boston after being traded for in exchange for Mel Counts in September 1966.

Howell would win two championships with the Celts, in 1968 and 1969, part of the John Havlicek-Bill Russell-Don Nelson-Larry Siegfried-Jo Jo White-Tom Sanders -era lineups. He averaged 18 points and 8.4 boards in his time with the club, and would spend one more year in the league with the Philadelphia 76ers after being selected - and traded - by the Buffalo Braves in the 1970 NBA Expansion Draft before calling it a day in the summer of 1971.

Howell worked for the Converse Shoe Company after retiring from basketball, and is the father-in-law of the athletic director of the University of Florida (my alma mater) Scott Stricklin. Here's Howell's Hall of Fame induction speech, for those of you so inclined to watch:

O'Bryant only spent one season in Boston (2008-09), arguably his worst, after signing with the team in July of 2008. He would not complete the season with the club, being traded to the Toronto Raptors for a second round draft pick. Patrick played his college ball at Bradley, and was selected by the Golden State Warriors with the 9th overall pick of the 2006 NBA Draft. Poor play and a foot fracture doomed him with that franchise, and his disappointing development led to his lack of success with both Boston and Toronto.

He would continue to play overseas with Chinese Basketball Association club Fujian Xunxing before stints in the NBA D-League, Europe and Puerto Rico. He briefly signed with the Charlotte Bobcats in 2013, but did not make the regular-season roster. He has since played in Taiwan. Here's a clip of O'Bryant's (arguably) most memorable play in green: