By now I’m sure you’ve at least heard that Isaiah Thomas was not selected as an East starter for the 2017 All-Star game. Despite finishing 1st among guards by the media votes, 2nd by player votes, and leading the East in scoring at 28.7 points per game, it wasn’t enough.

To confirm, as was assumed: Isaiah Thomas and DeMar DeRozan did, in fact, tie in overall voting. pic.twitter.com/DqeoiNFh6A

There are so many reasons in addition to the ones I just mentioned why Thomas should have been a starter. But at the end of the day, does it really even matter? Sure, as Celtics fans it would be nice to be able to say we have a starting All-Star on our team. But I think Isaiah’s play to this point is more impressive than a starting spot in an exhibition game where there could literally be 100 threes attempted this year. Realistically, Russell Westbrook not starting is even more egregious. Averaging a triple double and earning a bench spot tells you all you need to know about how arbitrary this fan-voting All-Star game has become. As Celtics fans, we should really be thanking fans around the league for indirectly providing more fuel for a player who has been topped off for most of his career. Undersized, last pick in the draft, not a “franchise player”, Eastern Conference All-Star bench. Thomas LOVES the underdog narrative and proving people wrong. This is only going to motivate him more. I wouldn’t be surprised if he drops 50 on the Trail Blazers tomorrow. Even if he did make the starting line-up, he would have found another angle for motivation. “2nd in player votes?” “No All-Star MVP?” “Watch this!” That’s just how the dude is wired. Celtics fans, don’t be down on the voting results, because it might be the biggest blessing in disguise. Never forget. 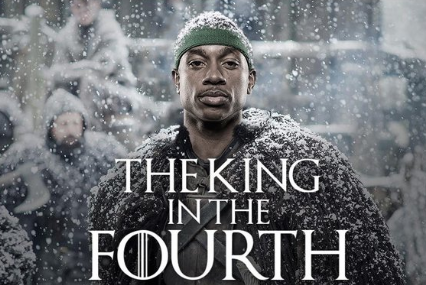 Fuel to the fire took it higher than they ever seen