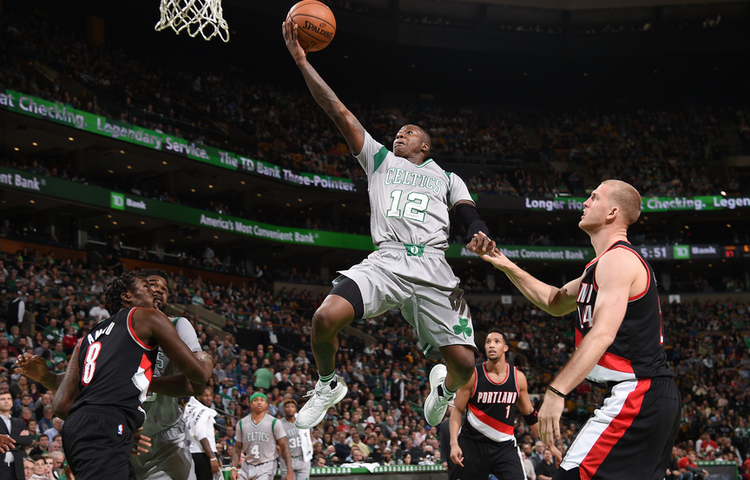 Terry Rozier not only had one of the best games of his young NBA career, he definitely made the biggest play he's made thus far. With the game on the line and only 10.8 left on the clock, the Celtics needed a 3-pointer to even the score with the Portland Trailblazers and coach Brad Stevens called upon Rozier, and he delivered:

First of all, that's a helluva shot and terrific execution by Al Horford and Isaiah Thomas to get Terry that open look, but how about the balls on Stevens for that play call!? There's nobody in the league that's better on the whiteboard coming out of timeouts, that's been well documented on this site. It's a damn shame they ended up losing in overtime, but even still that play will have a positive effect on Rozier going forward. His confidence is now soaring knowing that his coach and teammates believe in him. Via Taylor Snow of Celtics.com:

“It helps tremendously,” said Rozier, who finished with 15 points off the bench during the loss. “It just shows the trust and growth that we are having as the season progresses.”

Terry's big game was more that just that shot. With Avery Bradley missing another game with his sore achilles there was plenty of minutes available for Rozier, and he took full advantage. He shot 6 for 13 (3 of 6 from three) for 15 points to go along with 3 assists and 3 rebounds in just over 22 minutes on the floor. Stevens said after the game that he has a lot of confidence in Terry, and believes that he will continue to shine when given the opportunity:

“He’s a really good shooter, and I think with more opportunity that will show itself true,” said Stevens. “He made some big ones in the fourth quarter (tonight). We went to him a few different times out of timeouts, and felt good about him making that one.”

Rozier isn't just a good shooter though. He's a solid defender, and already one of the best point guards in the league at rebounding the basketball. The sky is the limit for him as he definitely has all the tools in his arsenal to become a star in the NBA.