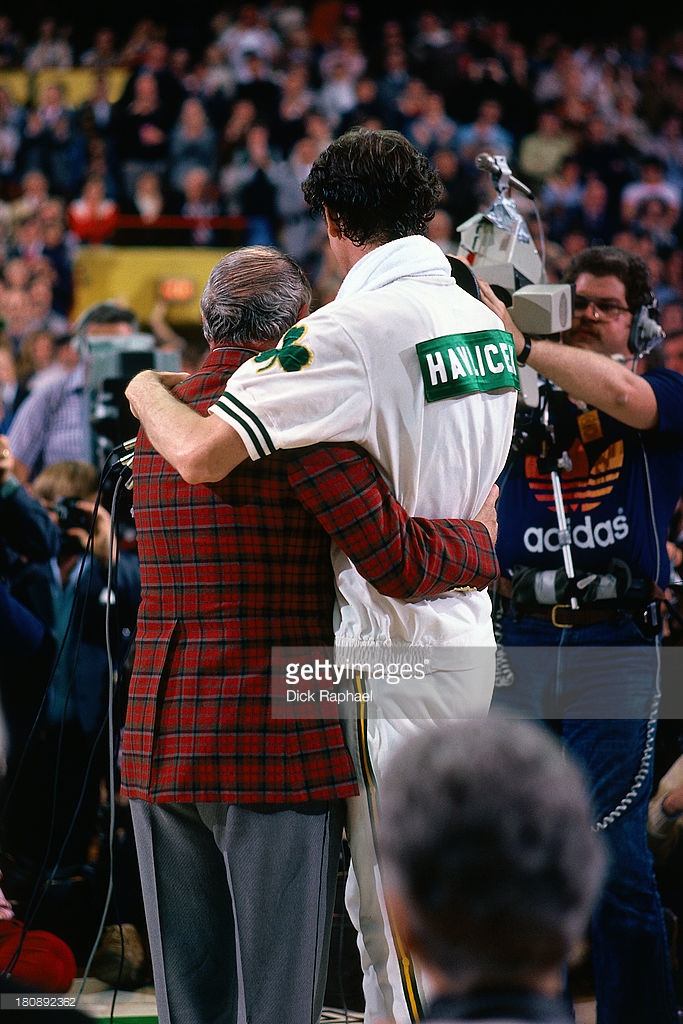 “Coach” Red Auerbach stepped away from the Boston Celtics’ bench for the final time – actually “carried” away on the shoulders of his players and breathing the aromatic scent of his legendary stogie – a champion. 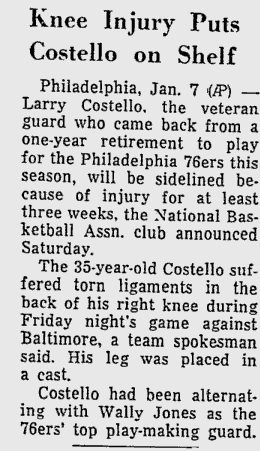 But the over-worked Auerbach’s dynastic troops had showed some slippage during that regular season, coming up one game short in the race for best record to Mr. Chamberlain and crew.

Despite folding in the 1966 playoffs, Philadelphia picked up right where they’d left off when regular season play resumed in October. New coach Alex Hannum had Wilt playing the best ball of his career … effective, efficient and virtually unbeatable.

Even what would be a career-ending knee injury to veteran Larry Costello 42 games into the season would not un-settle the Good Ship Sixer. Upon defeating the Hawks on January 23, the 76ers stood an astonishing 46-4, a full 10 games ahead of second-place Boston.

Wilt Chamberlain, though, was still Wilt Chamberlain, always hungry for a headline. The speculation going into that year’s All-Star Game – staged in San Francisco where he’d played for a while – was that he might sit out the game due to a balky Achilles heel. (The Big Dipper played 39 minutes.)

With his own team sailing along and the Celtics staggering through a 3-4 road trip (that included two losses to the struggling Lakers), Chamberlain felt emboldened to offer a rather unflattering critique of his chief rival’s performance in the coach’s chair.

Russell, it seems, let the criticism slide, choosing to focus on fine-tuning his own equipment. (Red typically took up for his protégé publicly.)

Big Bill’s first coaching journey, while successful to the point of producing the league’s second-best performance, had not been the smoothest of rides. Sam Jones had struggled with a hand injury during the season’s opening weeks. Player Russell was logging big minutes, despite his extra duties and soon-to-be 33 years, as primary back-up Wayne Embry worked himself back into shape after his summer’s flirtation with retirement and under-sized rookie Toby Kimball tried to get his sea legs.

Defensive stopper Satch Sanders saw his minutes temporarily diminish amid some whispers that he’d be traded, and a cold-shooting Larry Siegfried never got out of his warm-ups at all the last night of their West Coast woes the first Saturday of the New Year.

January 15th of 1967 is the birth date of an on-going American sports tradition – Super Bowl Sunday. The game itself was deemed “Big Deal” enough to be broadcast live by two different TV networks.

The third (and only other) network, ABC, was more than happy to serve as the day’s curtain-jerker, showcasing the fifth Celtic-Sixer contest of the season from the Garden – even debuting their newest voice, still Boston College head coach Bob Cousy. 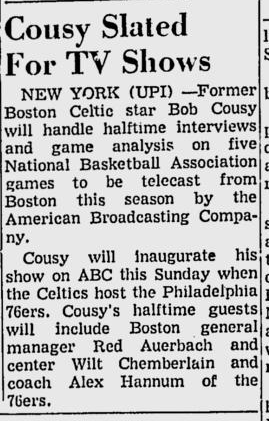 The match-up with the mighty 76ers had Boston playing three games within 45 clock hours, a grind that required the C’s to travel to and from Baltimore for a Saturday evening tip-off.

The defending champs were easy pickings. Philly, coming off an open date, rode an early 17-0 run to a 110-95 victory that was as thorough as the Packers dispatching of Hank Stram’s Chiefs later that day. Wilt romped his way to 19 points, 25 boards, 5 assists and 13 blocks.

The Celtics were well aware of the trap they were walking into. Union player-rep John Havlicek had opined publicly about the need for scheduling restrictions to prevent such quick turnarounds that involve significant travel.


“Nothing could show more accurately what’s wrong with playing in the NBA. The problem is we have to fly to Baltimore just in time to play there, then have to cab back to Washington and either try to get a late plane out or leave early in the morning. By the time we get back home to play Philadelphia, we’re tired and bone-stiff from traveling. That’s why we’re trying to get the owners to finally agree that we’ll no longer have to play Saturday night in one town and Sunday afternoon in another.”

On Monday, January 16, 1967, at the behest of his Coach, No. 17 and his four rings became Captain John, the post he would hold for the remainder of his career and his other four championships. 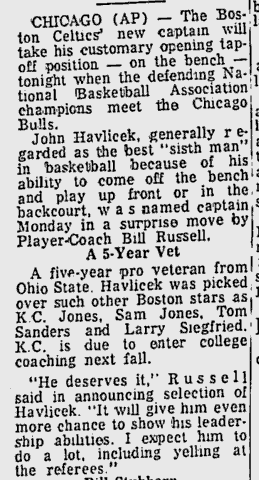 The Boston Celtics immediately embarked on an 11-game winning streak (including a 12-point victory in Philadelphia) that cut in half their deficit in the standings. Alas, they’d creep no closer that season.

My personal recollections of the 1966-67 NBA season are few and fuzzy. I was a 10-year-old fifth-grader, still at the stage of being “taken” places. I’d been to the Garden or Fenway Park – Billy Sullivan’s Boston Patriots played there briefly – maybe a dozen times, half or more motivated by some sort of special attraction like the Globetrotters or a giveaway.

The Dad of a friend was a big track and field aficionado and was kind enough to escort a small group of us neighborhood ruffians to Boston’s two annual indoor meets, the K of C and the BAA. The Knights of Columbus meet that year took place the night before the Celtics’ fateful Super Sunday showdown with Philadelphia.

Isn’t it interesting that Captain-to-be Havlicek’s schedule critique specifically addresses weekend dates? It reminds us that the economy of that day’s game was driven, pure and simple, by putting asses in seats. To provide the Bullets a lucrative Saturday gate, John and his mates were required to endure a burden.

Another truth of the time was that the arenas – whose too plentiful dark nights had given rise to the league in the first place, let’s remember – were likewise businesses in and of themselves, looking to book anything from concerts to pro wrestling to the Roller Derby – all of which I found my way to at one time or other in the dear old Boston Garden …

A Fantastic Voyage to the Gahden!
(BTW, I'm still willing to make good on the "reward" re. the little morsel of Old Garden trivia.)