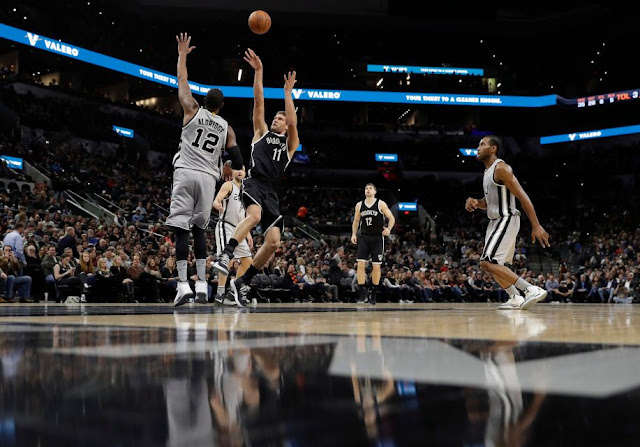 Currently, the Brooklyn Nets are in sole possession of the league’s fourth-worst record, 6 - 16 (.273), ahead of only the 6 - 17 (.261) Minnesota Timberwolves and the Dallas Mavericks and Philadelphia 76ers, who are tied at 5 - 18 (.217) for the worst record in the league (for draft purposes, tiebreakers would determine the order of selection). While not what Boston Celtics fans have been hoping for, it’s certainly better that it looked like it might be early in the season.


Some of that awful record can be attributed to the absence of point guard Jeremy Lin, who has been out with an injured hamstring since November 2nd (no word on his return date, though after such an extended absence, to’s likely soon) and big man Justin Hamilton, who has been out since December 10th with an ankle injury. Lin’s eventual return may add wins to this team’s roster, but it’s worth noting the Celts dodged a bullet when their effort to sign Houston Rockets’ big man Donatas Motiejunas failed after the Rockets matched his offer sheet.

Another consideration worth keeping an eye on is the return of 76ers rookie Ben Simmons, who has yet to play after a September 30th foot injury, and is eyeing a January return. While Simmons is by no means likely to be an impact player - particularly after such an extended absence - his play making will likely elevate the team out of the basement of the standings to something like or a little above where Brooklyn is now.


Additionally, the Timberwolves are a talented team that has actively been trying to win games, and hasn’t officially thrown in the towel on the season yet. They may seek to add talent in a trade before February, searching for a veteran closer to help the young team put away opponents they should be beating. The New Orleans Pelicans and Miami Heat are also teams to watch the record of, with the former a risk to tank if things don’t turn around soon (New Orleans controls their 2017 first round pick), and the latter less likely due to Pat Riley’s long track record of eschewing the draft in favor of free agency.


Another interesting wrinkle on the draft pick is the recent rule changes have expanded the flexibility of protecting and trading picks - basically, new rules adopted this summer allow a team to trade away another team’s pick with protections so long as the pick itself was acquired without any such protections first. Previously not allowed before this summer’s changes, such a move would allow Boston to trade away the 2017 Nets swap with added protections. While the prospects of a top-five draft pick are still excellent, this twist makes for a nice potential parachute should the Nets end up doing better than anticipated.

For more articles on the Brooklyn Nets on Celticslife, click here. For more by Justin, click here.