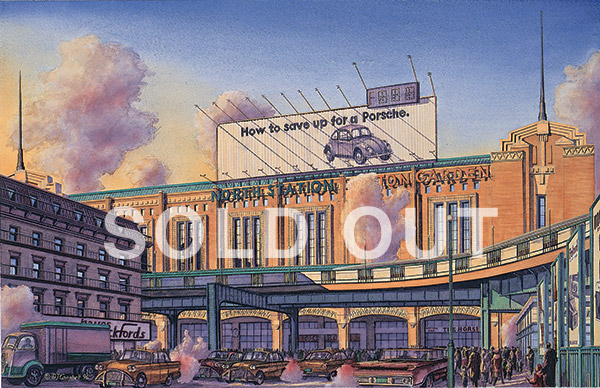 
Heading into Thanksgiving week of 1966, the Boston Celtics were returning home from a second consecutive Friday-Saturday back-to-back excursion. 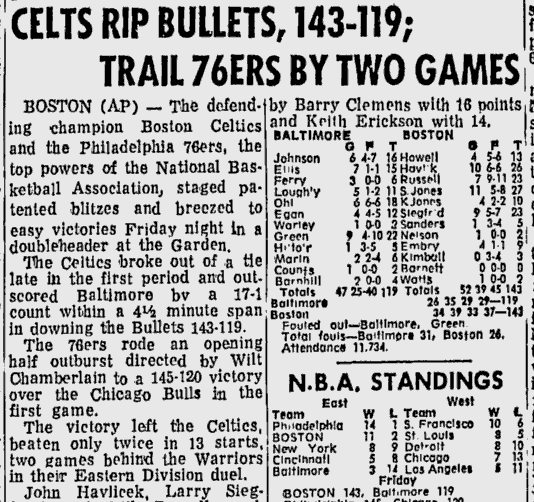 While there was a national TV deal in place – indeed while franchise price tags were regularly reaching the seven-figure level – the economics of an NBA team were still driven primarily by gate receipts. Games needed to be scheduled when people could attend, the more attractive games when most likely to draw a substantial crowd.

Thus, the defending champions were scheduled for games on 16 Fridays (11 of them at home) as well as 16 Saturdays (only four on the parquet). That makes for ten weekends of back-to-back business trips, as each and every one would involve a change of venue.

This approach to scheduling games made Turkey Day no holiday for an NBA player. Between Tuesday and Saturday of that week, a 10-team NBA offered a hoops junkie of the time 18 games. Over half the league – the entire Eastern Division plus schedule-maker Gottlieb’s Warriors – laced up their “Chucks” four separate times in those five days; everyone else played three games.

No one emerged unscathed, the Bullets, Knicks and Hawks losing three times apiece.

The Celtics and 76ers each blew a double-digit lead in dropping one of their four-in-a-row, Philly in Cincinnati on Wednesday and Boston in Detroit on Friday. Rookie of the Year-to-be (and future Celtic) Dave Bing and those Pistons would take down the defending champions twice more the following week, creating the season’s first gap in the heated race for Eastern Division supremacy.

Saturday’s victory over the Royals gave the Men in Green an unblemished 8-0 mark at the Garden. It was also the seventh audience in excess of 10,000 that they’d attracted, the second in just four nights. (The outlier was a gathering of not quite 6,000 for a Wednesday evening tip with LA three weeks prior.)

The magic 13.909 had been reached two or three times – curiously, the attendance figure from Opening Night seems to have gone missing.

At the conclusion of the five-day marathon, the NBA hibernated for forty-eight hours.

I can’t help but wonder what Red would think about the new era of athlete social activism. 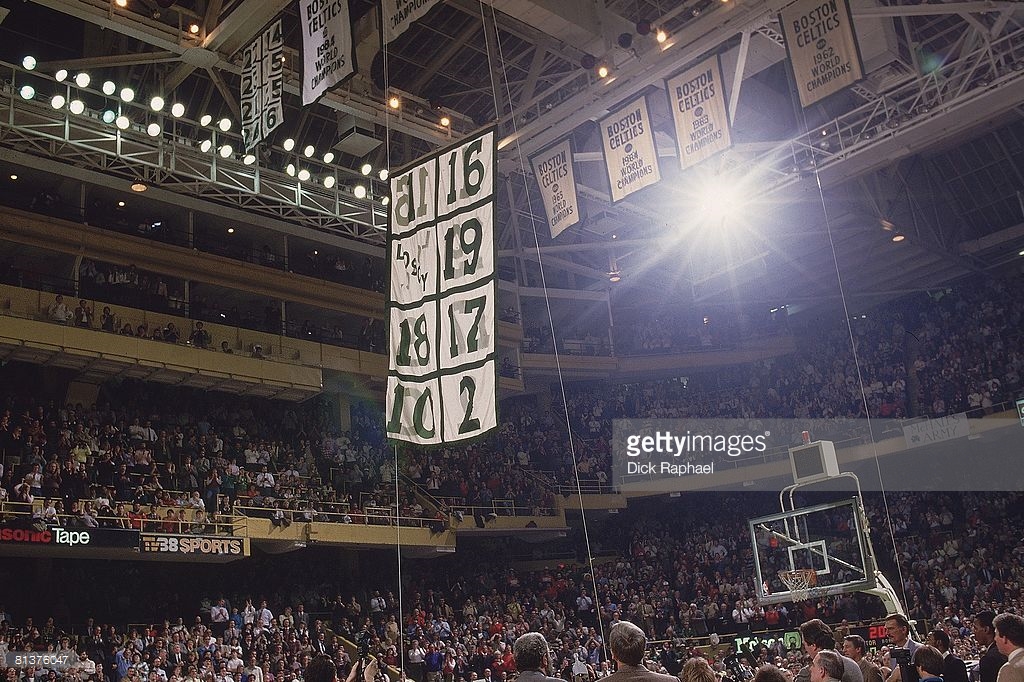 Arnold Auerbach, the second son of a Jewish immigrant to America, was a curious mixture of old-school values and forward thinking simmered in some plain old common sense. He was also a tough kid from the street who, after getting beat up once as a lad, made up his mind always to get in the first punch – whether literal or figurative.


I know enough, but I don’t know it all, so if somebody else comes up with a good idea, hell, let’s steal it!

Indeed Red could be brash, boastful and quite adamant – setting and maintaining firm limits. He expected his team, like DiMaggio’s Yankees, to carry themselves with the decorum of champions. The stout patriotism of a WWII-era vet led him to ask his team always to stand at attention during the playing of the national anthem. As an exec, he believed that cheerleaders and mascots had no place in pro ball, and held out stubbornly.

But Coach Auerbach was a wise and wily man, and seemed attentive to the perils that can arise when it comes to Zero Tolerance. For example, he’d imposed upon himself a no-fraternizing policy when it came to his players and their families. And in the early days, he’d always had Walter Brown to play “Good Cop” to his “Bad Cop” if the need arose.

But even Mr. Brown’s good cheer and even better heart were deemed insufficient when, shortly after joining the team in December of 1956, Bill Russell and his wife invited Auerbach to dinner at their home.

Coach showed up – promptly and with appetite in fine fettle!


[Russ] was still dealing with a lot that first year and I didn’t want him to think even for a second that I would hesitate to come to his house for any reason. So I went. I thought it was important.

Shortly thereafter when the moment was right, Red sat his young protégé down and explained his feelings on the matter – as well as the reason he’d made an exception in Bill’s case.

Need  I even mention that, for the remainder of his playing career, Russell issued no further such invitations to the Boss?