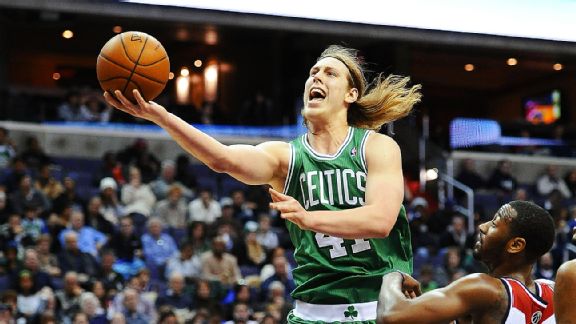 Boston Celtics center Kelly Olynyk has been upgraded to questionable for Sunday night's game against the Denver Nuggets, and Jae Crowder and Al Horford are likely to return to action as soon as some time this week, according to the Boston Herald's Steve Bulpett.

Coach Brad Stevens was non-committal about specific timelines for the players, but seemed optimistic, as noted in Bulpett's article:

"[Olynyk] felt fine, so he practiced today and he’s just going to be now on this ... I’d say he’s closer than further, so we’ll see. He’s going to be listed as questionable, but that’s going to be completely him and Eddie’s call. But he’s getting a lot better. Like I said, he’s right around the corner here."


Regarding Horford and Crowder, Stevens said:

"Al’s getting better ... He did a little bit of activity, as you probably saw above [on a treadmill]. He’s going to be out on the court a little bit today, but he’ll be out tomorrow ...If everything goes well today, then we’ll up his activity tomorrow, but he will not be cleared to play by game time is what I’ve been told ... Jae did not practice. He was getting treatment all day, doing a lot better. The swelling is down, progressing at a really good rate. He won’t be ready in the next couple of days by any means, but I think ultimately as we get into the next week he’ll have a good chance of returning."


With games against the Washington Wizards and New York Knicks coming after their matchup with the Nuggets, the pressure to return is mercifully lower than it might otherwise be, given Boston's healthy players should still be favorites to win all three games. Look to Stevens to encourage his squad to take its time healing, though more than a few of us would be excited to see Olynyk's season debut this Sunday.