Celtics shoot down rumor of trade interest in Brook Lopez 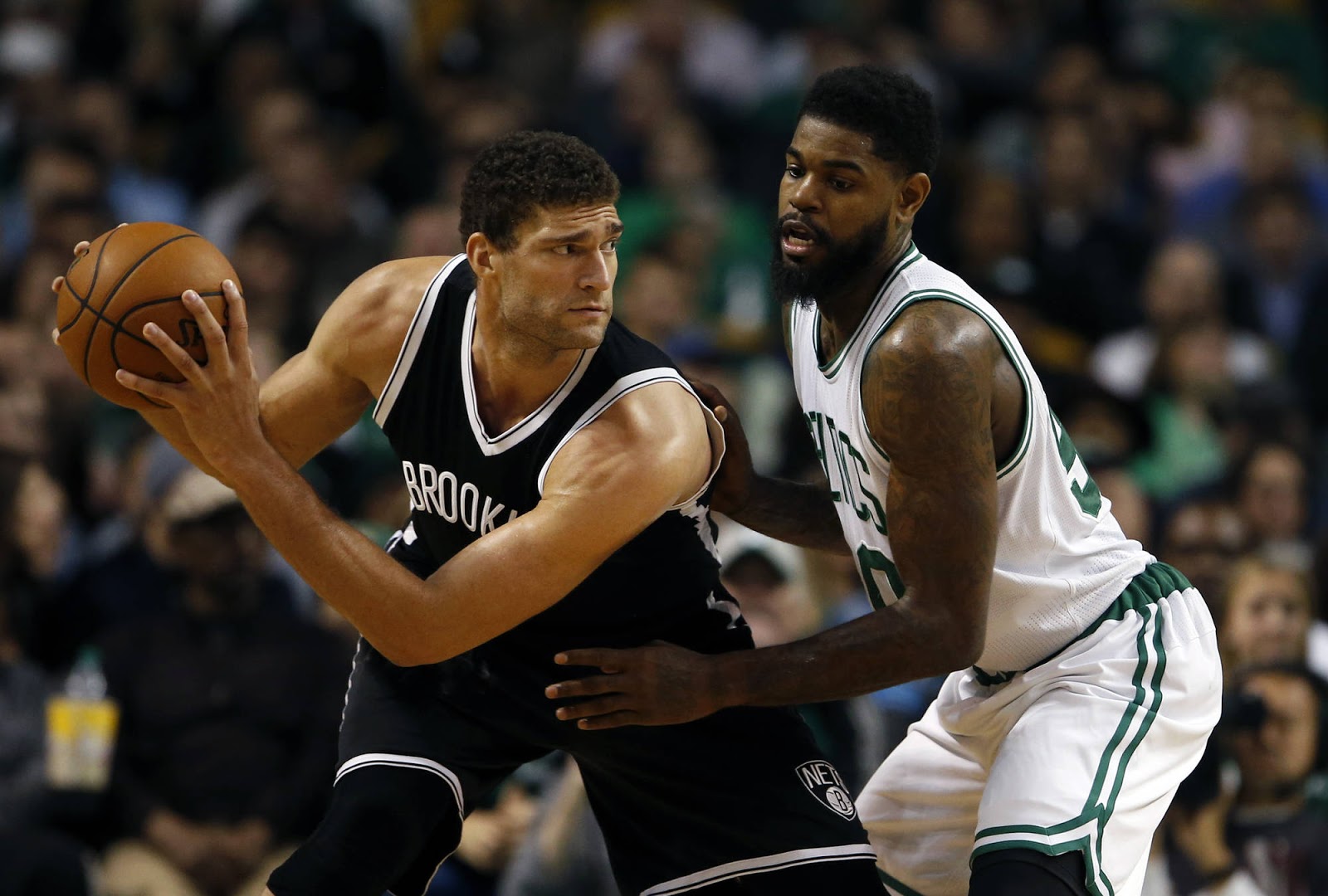 If there's anything that Boston Celtics' fans have become well acquainted with it's trade rumors, lots and lots of trade rumors.

Another thing C's fans have become familiar with are the Brooklyn Nets and the mortgaging of their future in a trade for Paul Piece, Kevin Garnett and Jason Terry back in 2013.

The trade sent the Nets first-round draft pick over the next 3000 years to Boston.

The NBA season is in its infancy but trade rumors are already churning. You will never guess who's in the middle of the rumors - that's right, the Nets and Celtics.

This one seemed a bit off from the onset. A Celtics trade for Nets center Brook Lopez. The All-Star has been the lone bright spots for a Nets squad that is being picked to likely finish dead last in the league in wins so it would be odd for Brooklyn to decide to move him, to Boston of all places.

Well, it looks like we can totally disregard that rumor. According to ESPN's Marc Stein, there have been rumblings that the Nets would be willing to move their All-Star center. However, sources within the Celtics camp have shot down rumors that they are interested in him:

Rumblings of Boston interest have been forcefully shot down by sources familiar with the Celtics' thinking, but the situation bears monitoring -- and not simply because the Celts could ultimately decide that a big in-season move is wisest in the event they can't create as much cap space next summer as they once hoped.


Again, it seemed highly unlikely that the Brooklyn Nets would continue to help a Celtics squad that it is currently indebted to, regardless of what they would get back in a trade, by trading their lone All-Star, who has averaged 7.4 rebounds per game throughout his career, to a team that needs serious rebounding help.

Call me a pessimist but, really? The Nets got roasted for the Piece and KG trade but imagine if they did this?

So forget about Lopez getting traded to Boston, it ain't gonna happen.