The Celtics got murdered on the boards last night, how do they fix it? 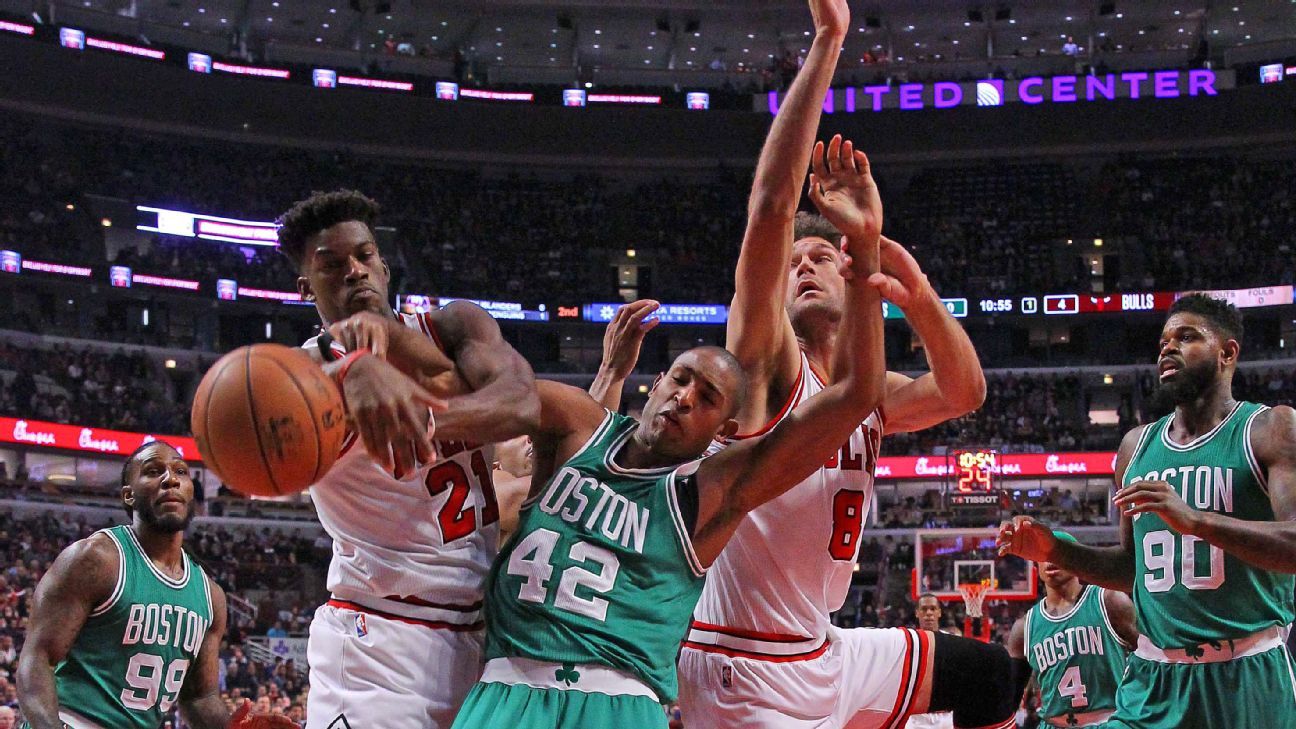 The Celtics lost a close matchup with the Chicago Bulls last night, 105-99, after making a late surge that ultimately fell short after a few mishaps in the closing seconds. If you looked at the shooting percentages, you would have thought this to be a blowout in favor of Boston. The C's shot 50% from the field and held Chicago to just 39.1% shooting; however, the Bulls did hit a very unlikely 11 for 25 (44%) from deep. Dwyane Wade was burying 3's from the parking lot:

D-Wade beats the buzzer from way, way back 🎯 https://t.co/vggDaINbii

He had 4 himself - Note: He only hit 7 all of last season, but that's not the point. The Celtics looked better overall than they did the night before in a win against Brooklyn, but they got completely owned on the glass. The C's were out-rebounded 55-36, and were completely overmatched on the boards. Even if the legs were a little weak on the second night of a back-to-back, giving up all those second chance plays is horrendous.

The addition of Al Horford is going to help the Celtics team in many ways, but if there's one thing that Jared Sullinger did better than Big AL - Note: There is only one thing - it was Jared's ability to rebound the basketball. Sully averaged 11.7 total rebounds per 36 minutes, whereas Horford came in at 8.9 per 36. Also, Evan Turner's 6.5 boards per 36 have come out of that box score too.

The Celtics finished 6th last year in total rebounds, and although our dearly departed aforementioned friends were two of the better rebounders on the team, the drop-off should not be so drastic. Horford may not be as pure a rebounder as Sullinger was, but he's certainly no slouch. And with all the minutes Jaylen Brown is getting, his size should allow him in time to fill up a lot of the production that went to Portland with Turner.

Brad Stevens thinks the key to getting back to gaining an advantage has everything to do with working together:

"Vivid in my mind is Avery snatching rebounds while others boxed out," says Stevens. Says that's what Celts will need to do to rebound well.

Stevens is less concerned with who gets the rebound, and feels it's more important that if guys keep their man off the ball then it opens up opportunities for other Celtics players to get to the loose ball. I believe that as the new guys become more accustomed to Stevens' system this will work itself out. After just two games I'm not willing to say this is going to be a serious issue going forward, but it's certainly something to keep an eye on. If the rebounding woes don't figure themselves out, expect the C's to be in the market for a big man who can rebound. Sup, Philly?