Kevin Garnett to join "Inside the NBA", may coach as well 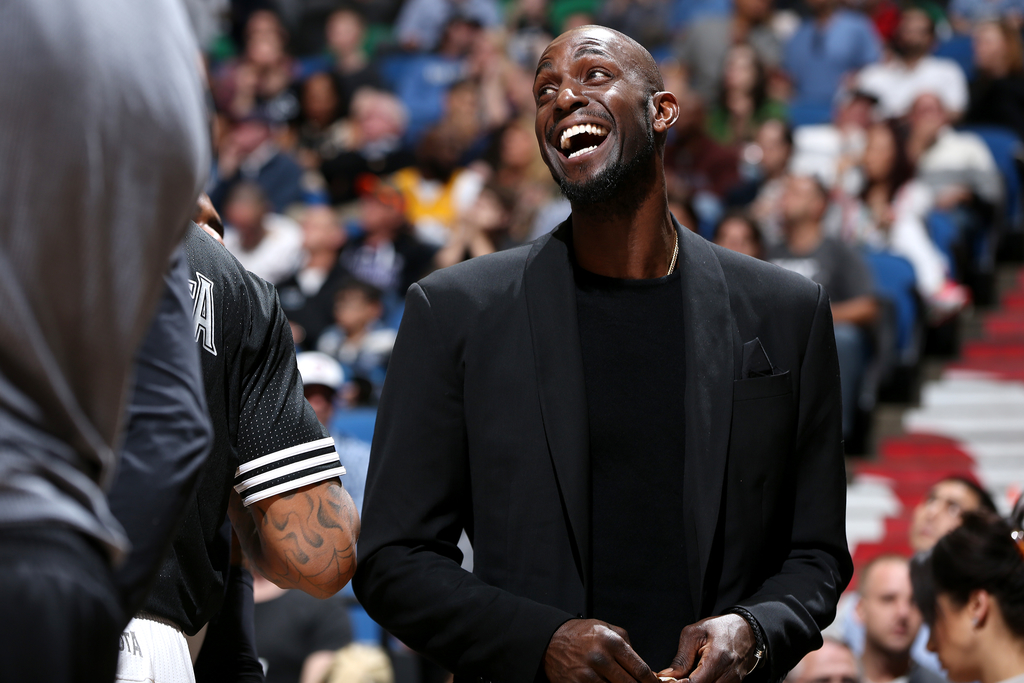 Previously, we reported Kevin Garnett might not be done with the league just yet, and it looks like we were right - the Big Ticket has joined Turner Network Television's "Inside the NBA" show as a special host, with his own segment and guests, filmed at a remote location.


Garnett's irrepressible mirth and sharp wit should mesh well with his new role as a member of the basketball media - no word if the remote location is to protect the other crew members from Garnett pantomiming his segment off-camera should he come down with laryngitis.


In all seriousness, the beloved ex-Celtic, likely already restless, has also reached out to several teams - including the Cleveland Cavaliers and Milwaukee Bucks - to offer his services as a player development coach. He may work with several teams simultaneously, in addition to his new role with Inside the NBA, though at present other teams he might be interested in are unknown.


It is possible Garnett could accept jobs with more than one team, making periodic stops into town to work with players, league sources say.
— Adrian Wojnarowski (@WojVerticalNBA) October 28, 2016


The possibility for KG to reconnect with Boston exists, and perhaps similarly with the Los Angeles Clippers due to his connection to the Doc Rivers-led squad, though it seems questionable whether such ties with the Minnesota Timberwolves have been damaged following Garnett's less-than-optimal exit from the club.

Wherever you end up, Kevin, it's good to have you back. Here's to whatever the equivalent of knuckle pushups and stanchion headbutts on a TNT set is - we'll all be tuning in.

The moment it hits home that in television, the reigning champ can land the #1 draft pick.@NBAonTNT pic.twitter.com/oWuXujw79T
— Sean Grande (@SeanGrandePBP) October 28, 2016