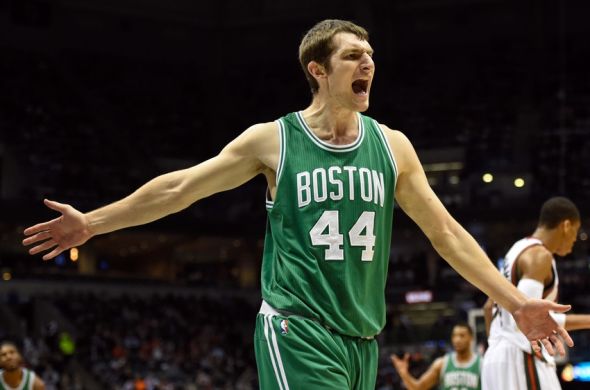 In the modern game, it is considered compulsory for teams that hope to contend to be able to effectively stretch the floor. In order to do so, bigger players are often expected to show a certain level of versatility, be able to defend multiple positions and pose a threat from beyond the arc.

Ahead of the forthcoming season, Celtics head-coach Brad Stevens has stressed the importance of efficient perimeter shooting, as his team look to take the next steps in their development.

As he begins his third year in Boston, 26-year-old center Tyler Zeller hopes to earn a bigger role in the rotation and has an idea on how he can do just that. Zeller, who re-signed with the Celtics over the summer, has been working on his three-point shot, as per Gary Washburn of the Boston Globe:

Tyler Zeller working on his 3-point shot, as Brad Stevens wants his bigs to stretch the floor. #Celtics pic.twitter.com/fKhNuyPBaX


Extending his range is a wise move for Zeller. He will be joined in the frontcourt by All-Star big man Al Horford for the 2016-2017 season and expected to fight for playing time. During his tenure in Boston, the seven-footer has showed an improvement defensively and performed productively on the offensive end.

If Zeller can add another weapon to his game by the time the season begins, he will increase his chance of playing significant minutes.