Boston Celtics now have fourth-best title odds according to Bovada 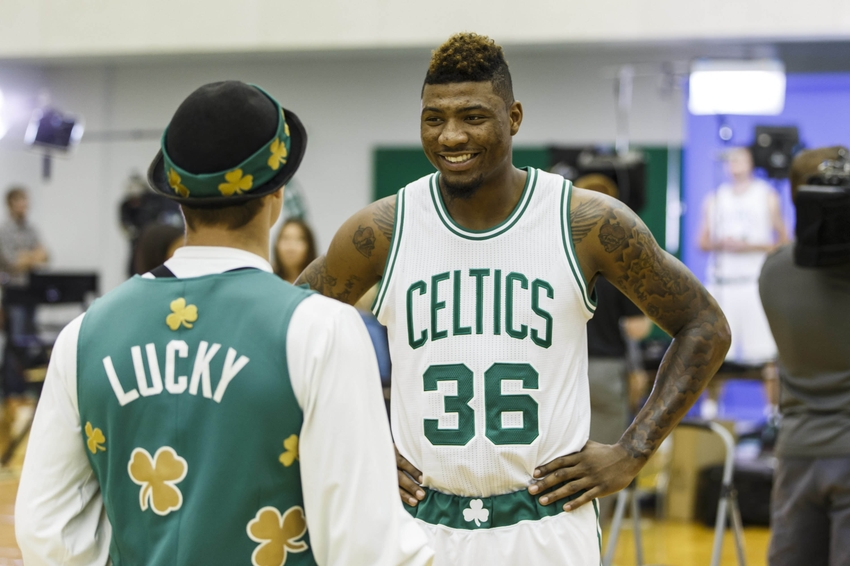 It’s safe to say the The Boston Celtics won’t be sneaking up on anyone this year.

The Celts now have the fourth best title odds, according to the oddsmakers at Bovada, having broken free of a tie of one chance in 22 for winning it all with the Los Angeles Clippers at the date of the last assessment on July fifth. Now behind only the Golden State Warriors, Cleveland Cavaliers, and San Antonio Spurs, Boston has materialized as a legitimate contender, albeit a bit of a long shot (at least in the eyes of Las Vegas) at one in 18 odds - coincidence, or destiny?


Ahead of Boston, the Warriors have seen their dominating lead chipped away at by the Cavs to a “mere” 80% chance at getting a ring, the latter of which improved from two in seven to one in three odds. The Spurs also felt the pressure from below, declining from one in eight to one in nine chances, likely at the expense of Boston’s recent surge.

It’s impossible to say exactly what moved the Celtics out of a dead heat with the Clippers, but it’s likely minor moves like the Gerald Green signings for Boston were a contributing factor, along with moves by other teams in both conferences. It's also possible an uptick in people betting on the Celtics played into the boost. While these projections do not guarantee success by any means, it’s refreshing for Boston fans to be in the contention conversation again, even as a darkhorse.


The path to the Eastern Conference Finals seems to be the Celts for the taking, with oddsmakers placing the next-best competition in the East at more than double the odds at 40 to one for both the Toronto Raptors and Chicago Bulls, who are locked in a three-way tie with the Oklahoma City Thunder at those chances. From there, the drop-off is steep, both in the east, and across the league, with the New York Knicks, Indiana Pacers, Minnesota Timberwolves and Memphis Grizzlies clocking in at a four-way tie of one in 66 odds, and the Portland Trailblazers being the sole remaining team with double-digit odds at one in 75 chances.

Las Vegas odds should be taken with a grain of salt - they are adjusted in ways designed to part gamblers from their money, and while there’s only a subtle difference when risk is spread across the league, it still has an impact on how they evaluate and rank odds. For comparison, FiveThirtyEight’s CARMELO projections proved more accurate overall in estimating win totals last season, though that doesn’t mean Vegas oddsmakers models didn’t work the way they were intended. And ultimately, even the best models can’t predict injuries, locker room and front office conflicts, and other issues which can significantly impact the outcome of games and even seasons (memo: Draymond Green). It’s the games and how they are played that ultimately decide the outcome, but for a team that’s used to winning, it’s still nice to hear the last few year’s hard work is starting to pay off.