Nerlens Noel unhappy with Sixers situation, could he be moved pre-season? 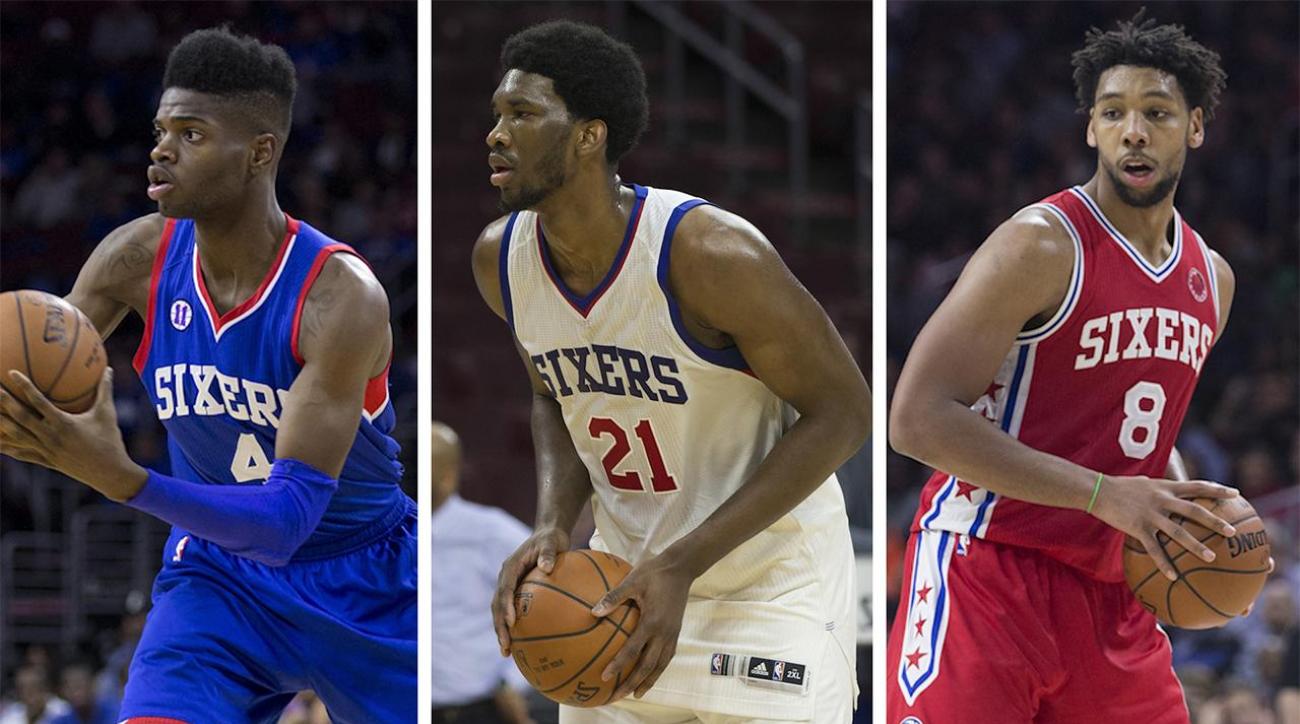 Too much of a good thing, while it may not be a terrible problem to have, can certainly cause some issues. The Philadelphia 76ers have a logjam at the center position. Joel Embiid, Nerlens Noel, and Jahlil Okafor are three of the best players on the team and they all play the 5 spot. To this point, they've never been active on the roster together, but heading into this season all three players are healthy and there may not be enough minutes to go around.

Of course the Sixers know this and spent the summer trying to rectify the situation by moving one of their prized big men, to no avail. This is not for a lack of effort on their part. They've been wrapped up in trade rumors of all sorts.

The 76ers are not willing to take less than what they feel their guys are valued at, and why should they. But, things get a little hairy when the players in question acknowledge that there is a problem that needs to be addressed:

And that's not all. Disgruntled center Nerlens Noel went into more details of his displeasure, Via Philly beat writer Keith Popey:

“I think it’s just silly . . . this situation that we are in now with three starting centers,” Noel said on the eve of the Sixers’ media day. “With the departure of [former general manager and president] Sam Hinkie, I would have figured that management would be able to get something done this summer…

“I feel like it definitely needs to be figured out,” he said. “I think at the end of the day, again, you have three starting-caliber centers. And it’s just not going to work to anybody’s advantage having that on the same team. That’s how I’m looking at it. I’m not opposed to anything, but things need to be situated….

“Don’t get me wrong. We all get along great on the court and off the court,” Noel said. “But at the end of the day, it’s like having three starting quarterbacks. It doesn’t make any sense.”

He's basically saying what everyone else already knows, but Noel clearly wants this issue put to rest sooner rather than later. You can't really blame the guy after he's been a part of tank-a-palooza in Philly for the last three seasons, and his name has been thrown around in trade rumors for the better part of a year.

Noel is probably the one most likely to be moved. There seems to be more interest in him around the league than Okafor, and Embiid is still an unknown. A deal before the season is unlikely, as most teams (Philly included) want to see what they have going into the year. But like Noel said, the Sixers need to figure out something.

What's the right price for Noel? Who knows, but his comments certainly aren't helping his trade value.