Report: Jared Sullinger has lost 40 pounds (again) - should we care? 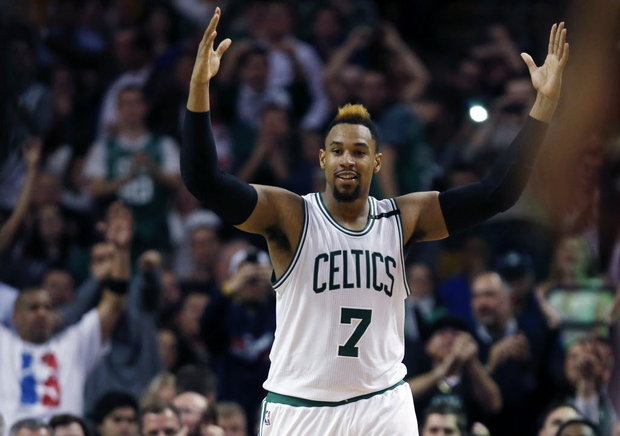 Red Auerbach once said “An acre of performance is worth a whole world of promise”.

While I don’t know the exact context it was said in, I can use my imagination. Sometimes, we can see a world of promise in someone, and for whatever reason, the performance never comes. This is just the way the world is, particularly in the NBA. Danny Ainge and company do years of scouting on players, whittling down their selections, until, on draft night, they pick someone based on promise.

Sometimes, there’s red flags - risk to counter that promise, a devaluation to some, a challenge to others. If you can score big, sometimes it’s worth the gamble; for every Fab Melo, you might just get a Terry Rozier - or maybe even an Isaiah Thomas. Danny took that risk with Jared Sullinger, whose balky back caused him to fall to Boston just before Fab Melo in the 2012 draft. Oddly enough, the risk turned out to be worth taking - though it would eventually cost him half a season, Sullinger’s back was not the problem many worried it might be, at least to date.

If you’re reading this, it’s likely no news to you why Jared is no longer with the Celts - though the promise was there, the risk not so bad, but he just couldn’t. keep. the. weight. off.

We are not (for the most part) doctors, nor experts - it’s quite possible not even the team physicians know what the issues are. And we should be respectful of Sullinger the person for that reason - but we do not have to be pleased with the unfulfilled promise, and we shouldn’t be. It’s a privilege and honor to play for the Celtics - never mind in the league. Many simply cannot understand how someone would not give their all to take advantage of this opportunity.

Yet, perhaps, he did.

In a recent article by Mike Ganter of the National Review, we are told Jared has lost forty pounds again, and has found a renewed commitment to health.


Jared Sullinger said he's in better shape but not where he wants to be yet. pic.twitter.com/Lohr09a3M7
— Bill Doyle (@BillDoyle15) September 25, 2015


I hope he has, in earnest.

As Ganter notes, Sullinger’s family has a serious history with weight issues that had no happy ending in more than one case. His family was concerned enough at one point to stage an intervention - it seems that metatarsal stress fractures were the least of their concerns. This does not mean I am not disappointed we chose to cut him loose. It does not mean I do not feel regret for what he might have been for Boston - or that I am glad he is gone, or that he is Masai Ujiri’s (and Toronto’s) headache now.

Because he is not a headache. He is a person.

A faulted, imperfect, underachieving person, to be sure. But he was also a Celtic, and a real, flesh-and-blood person. I may not like many things he’s done, on and off court, but he was an important part of this rebuild of a team I have loved across four decades, and that means something, at least to me. All this makes me think of something else Red said that’s relevant to Sullinger (and really, everywhere in life):

“Look after your people.”

For better or worse, Jared’s one of ours, with all his warts, at least in a rear-view mirror kind of way. We’ve been on this ride before, and it while it might not have been fun for us, I really hope that this time, it works out. Good luck up there with everything, Jared.

Except when you play Boston, that is.