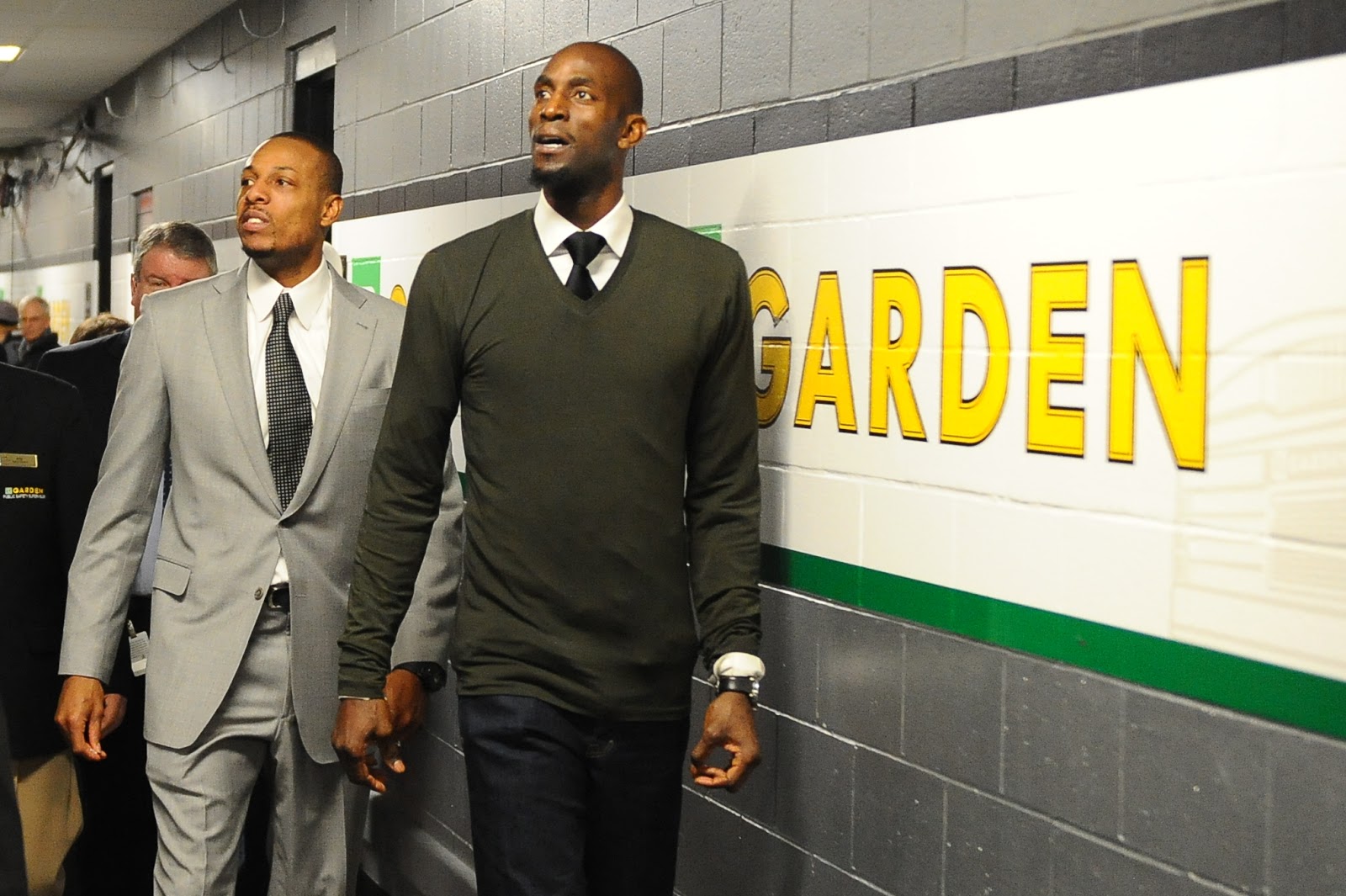 Don’t laugh - it’s not as crazy as you think. As Kevin Garnett settles into his retirement, the offers are already coming out of the woodwork. Stopping in to visit old Celtics teammates at a Los Angeles Clippers practice got Doc Rivers speculating about a role for KG with the team:

“I would have absolutely been interested in bringing him here. You always find a place for a guy like that, whose voice in the locker room is so strong, so clear, so impactful.”


Doc is not alone in that perspective, which should come as no surprise, given Garnett's reputation as a mentor and competitor.

“I talked to him about it … I know his wife is pushing for it a lot. Brandi is pushing for it, trying to get him to come and coach. He says he's not ready yet. He goes back, 'I might do it,' but he's back and forth. We'll see ... I'd definitely make a spot for him if he wanted to come back and coach.”


It’s probably too early to expect as deliberate a thinker as Garnett to make any decisions about what (if anything) comes next just yet, but it’s possible we may see KG in the league next year after all, just not where most of us expected.