Training camp is almost upon us, and with that, the regular season will soon follow. At present, the Celtics are at the league limit for a training camp roster (up to 20 players can be signed in the offseason), which they will have to pare down to the regular-season max of 15. Right now, Boston has 16 fully guaranteed contracts to contend with, and a 17th if you count Ben Bentil's partial guarantee. Some of the players currently on partially guaranteed deals are only there to provide practice bodies for players on fully guaranteed salaries, but for at least a few guaranteed players - James Young and possibly R.J. Hunter - how they perform in camp may dictate their future with the team. Even more intriguing, a recent report suggests Kelly Olynyk may be questionable for the start of the season, and a trade target for more than a few teams around the league.

Danny Ainge is never one to throw assets on the fire just to watch them burn, but the unexpected speed of the rebuild, coupled with Danny’s skill at accumulating assets, has collided with underwhelming development among players hoped to help the Boston's recent shooting and rebounding woes. While trades are uncommon at this time of year, particularly when some players under consideration could be claimed off waivers if they are cut, the Celts could attach some of the many picks in their war chest to convince another team to help.

That said, teams have not exactly been lining up to deal with Danny of late, with rumors more than a few GMs are disinclined to trade with the Celtics due to perceptions the deals will favor Boston. There’s also the prized cap flexibility the Celtics hope to use to sign a max-contract free agent in the next two summers, so long term contracts are probably off the table on Boston’s side. Getting a deal done that would help both teams would be a tall order, but isn’t impossible.

Teams in need of rebuilding assets or looking to move a player who doesn’t fit their current roster or timeline might be convinced to work with Boston. There’s also salary cap concerns to think of, so consolidation targets would need to fall within salary match ranges, or be allowed to be traded into space when relevant. With this in mind, let’s take a look around the league to see who might end up wearing green in November: 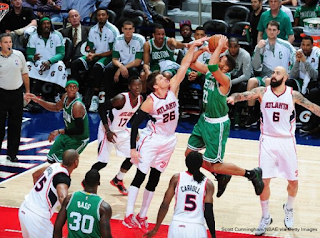 Atlanta Hawks: The Hawks won’t be making a run at the Eastern Conference Finals this year barring a miracle, but they do have some contracts they might like to move on from if the offer was right. Of them, Kyle Korver is probably the most likely candidate given the Hawks’ cap outlook. The right mix of young players - say Kelly Olynyk and James Young - might be enough to pry Korver away. While age is a concern, Korver could log a lot of minutes as a stretch four, sliding seamlessly into Brad Stevens’ system to provide some needed firepower at the four, and to a lesser extent, the three and two.

Chicago Bulls: Taj Gibson is no stranger to trade rumors and doesn’t fit the Bulls timeline (but then, who does?). With a year left on his contract, he’s not likely to net much now that he’s on the wrong side of thirty. However, with rumors swirling around another big on an expiring contract, Kelly Olynyk might be an option for a trade that could benefit both teams. The Celtics need the rebounding and rim protection Gibson provides, and Olynyk’s age and skill set would compensate for any shoulder concerns. Moving Olynyk would free up enough minutes to allow Gibson to compete for a starting role in a contract year with little impact on flexibility, and tacking on James Young and enough cash would make the trade CBA legal. As an added wrinkle, the Bulls’ lack of shooting and depth would make Chicago a good landing spot for Young. 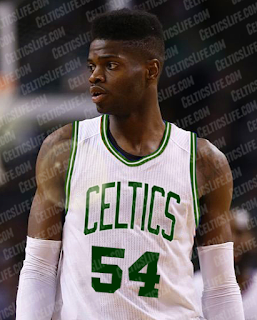 Philadelphia 76ers: I know, I know. We’ve heard this one before. The 76ers have too many bigs, and Boston likes Nerlens Noel, but doesn’t want to cough up what Philly thinks he’s worth. While there’s no indication that recent rumblings about Kelly Olynyk’s future as a trade chip have any real traction, if true, he might be the perfect centerpiece to get such a deal done. Unlike Olynyk, Noel has ties to Boston, and while that doesn’t always mean much (see: Kevin Durant and Washington), that isn’t the feel that’s emerged so far. There’s no guarantee Noel would re-sign if a big enough offer sheet comes along in restricted free agency, but if agents make it clear he is committed to giving it a season to feel it out, this might be a deal worth making. Noel for Olynyk and James Young plus a lottery-protected first rounder seems about right.

Sacramento Kings: You can’t fault Ben McLemore too much for his underwhelming development - if you plant a seed in a dumpster, you’re lucky if it survives, never mind grows...and when the dumpster is on fire, well, you get the idea. And if anyone has proven capable of taking talent festering in a bad situation and bringing it back to life, it’s Brad Stevens. McLemore’s shooting stroke is a wonder to behold, and even though it’s not quite what you’d think based on how it looks, there's a lot of potential the Kings don't appear to be buying into. This could be a steal waiting to happen, and it probably wouldn’t cost much - maybe R.J. Hunter and and James Young plus a second round pick. 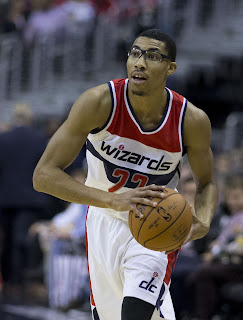 Toronto Raptors: This list would not be complete if it didn’t have a scenario where another young Celtic headed north, ostensibly home, given the closest (and only) Canadian team to Kamloops (Olynyk's actual hometown, a 40 hour drive away) is the Raptors. Patrick Patterson is the obvious option, as he’s also in a contract year and has yet to be extended. You could think of this as the “reverse Noel” trade, if we buy into Toronto as a hometown team for Olynyk. Patterson is a bit of a downgrade, though he’d still provide about the same rebounding and similar if less accurate spacing. Olynyk by himself might not be enough to make the deal worth trying, but if it allowed Boston to unload James Young without eating his contract, it might be worth a shot.

Washington Wizards: Otto Porter has not lived up to expectations given how highly he was drafted, but he’s become a solid starter able to play either forward position. He’s an effective rebounder for his size, and still manages to function as a legitimate threat from deep with a good overall offensive game. Like Olynyk, he’s not been offered an extension, so his future in Washington is in question. With Marcin Gortat’s age and the Wizards improved but still weak frontcourt rotation, a combination of Olynyk, Gerald Green and James Young to shore up the the Wiz's rotation at the three (and give Kelly Oubre more minutes to develop) might make sense for all as a mid-season trade - the earliest Green can change teams is December 15th.

If anything is certain in the NBA, it’s change. It’s likely none of these trades actually happen, but you can bet at least a few of the above players will change uniforms by the trade deadline if not sooner. Like a lot of you, I’ve grown attached to our roster, even the players who frustrate me with their lack of progress. I’m not too attached to accept that change is coming, though, and expect that even if there aren't any new faces on our roster come November, there will be fewer faces.