What the hell is happening to Marcus Smart's hair? And can it make him shoot better? 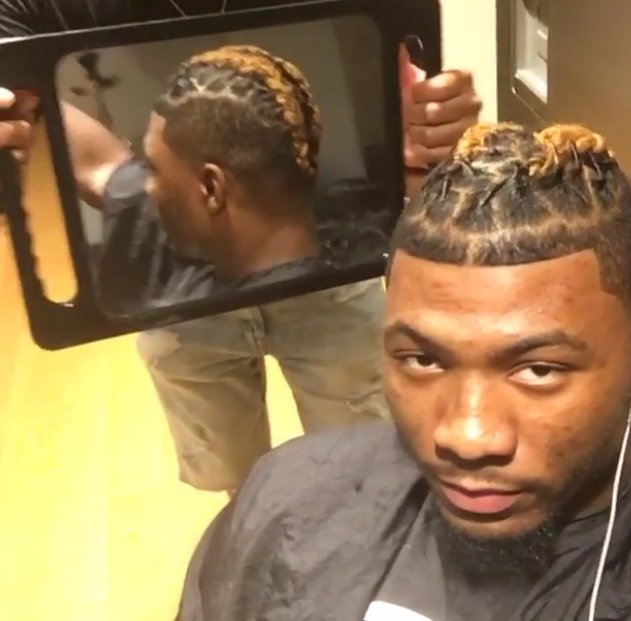 For those unfamiliar, the title of this post is meant to pay homage to the long-running Celtics Life "what the hell happened to" series that checks in on what past Celtics players are currently doing.

But seriously, what is going on with Marcus Smart's hair? Over the weekend, he posted footage on his Instagram account with his new do and the caption "Said I wouldn't do this but why not something new @josuethebarber with the line up game."

Said I wouldn't do this but why not something new @josuethebarber with the line up game
A video posted by Marcus Smart (@youngamechanger) on Aug 26, 2016 at 5:42pm PDT

Smart still has the frosted tips, but is rocking them in braids, eerily similar to the hairstyle Jeremy Lin was sporting when he announced his signing with the Brooklyn Nets.

While many of his Boston Celtics teammates were not a big fan of his new hairdo, RJ Hunter was in support of it.

The reaction to Smart's new cut was pretty evenly split between people who loved the look and people who hated it. Even among teammates, the divide was glaring — Isaiah Thomas commented "Wtf is that!!!!" on the post, but R.J. Hunter said he was a fan.

"I actually went to dinner with him after he posted it, and he wouldn't show it," Hunter said on Saturday, laughing. "I like it. It's something different. I saw what IT said. IT's traditional, he's not into that new stuff. I like it though."

In addition to liking the look, RJ Hunter went on to speculate that Smart's new hairstyle could also improve his shooting. Referencing a YouTube video that examines how having a lot of hair can inhibit a shooter's natural stroke when bringing the ball close to the head, Hunter believes Smart's new do is much more aerodynamic:

"I think that's true, though," he said. "Whenever I get a haircut, I always shoot the ball so much better. I don't know what that is. I think it's the aerodynamics of it or something. It's something. It's really legit."

Smart's new hairstyle, of course, is much closer to his head and would be less likely to mess with a normal shooting stroke. Could that result in an improvement on his abysmal 25.3 percent 3-point shooting on four (!!) attempts per game last season?

"Maybe so," Hunter said. "I don't know about that. But it's a crazy hairstyle. I'm rolling with it. I'm on board with it. I'm like the only one."

We will have to wait until the season starts to see if Marcus Smart's shooting stats improve with the new hairstyle. In the meantime, what do you think of it? Voice your opinions in the comments below.