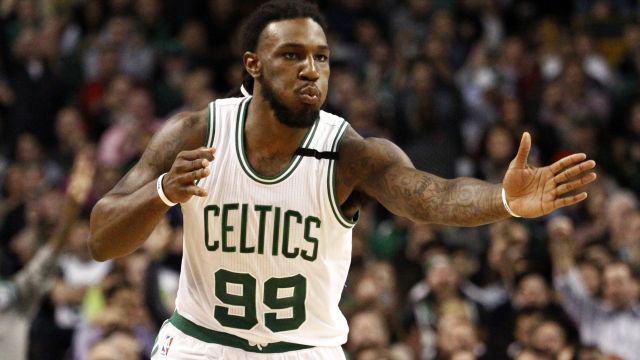 The return of healthy Jae Crowder is a big positive as we look ahead to this upcoming season. ESPN Insider's Kevin Pelton sees Crowder on the fringe of his list of potential first-time All-Stars:

The four Eastern Conference candidates on Pelton's list are The Greek Freak, Whiteside, Reggie Jackson, and Porzingis. While it's easy to see any of those four making a leap next year, it's just as easy to see them flaming out on mediocre teams. And that's where Crowder's place on a Celtics team that continues to improve each year helps his case for being a first time All-Star.

With Isaiah Thomas and Al Horford likely to be in the All-Star discussion, Crowder potential inclusion is likely to be dictated by the Celtics performance as a team. The Cavs suffering a Championship hangover is definitely on the table. I mean, President Obama needed to step in just to have JR Smith put on a shirt. If the Celtics come together and make a move past the Raptors as some projections are showing, it's not impossible to envision the Celtics right with the Cavs around the time coaches pick their All-Star reserves. If that's the case, look for Crowder to join Thomas and Horford on many All-Star ballots in a move similar to the four spots claimed by Atlanta in 2014-2015.

Crowder would likely have to pass Jimmy Butler, DeMar DeRozan, Paul Millsap, or Chris Bosh for a reserve forward spot. It's a tall order, but a step forward from the player and the team could see Crowder representing the green and white in Charlotte this February.