What the Hell Happened to...Eric Williams? 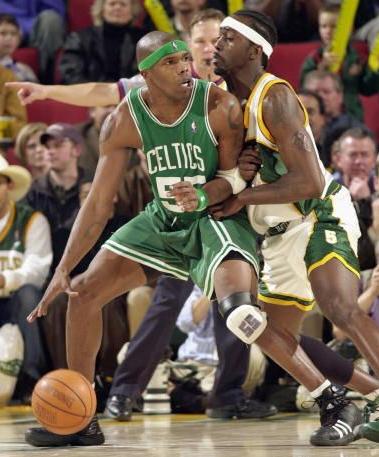 "He's a great leader, a good communicator, can be as banged up as anybody, he'll still practice. He can hurt you on drives. He can shoot threes. He's murder in the low post. He always was the glue of our defense up in Boston. - Jim O'Brien on Eric Williams, 11/14/04


If you like flashy scorers who only play on one side of the ball, he wasn't for you. If you love grit and determination, hard-nosed defense, a guy willing to step in and take the charge, and the inspiration and soul of a team you remember him well.  If you love Jae Crowder today and see some of the same similarities, you definitely remember Eric Williams.

Draft night 1995.  Coming off a gutsy first round loss at the hands of the Eastern Conference Champion Orlando Magic the Celtics are sitting with the 14th pick.  The Boston Garden has officially closed down and a new era of Celtics basketball is emerging.

I had dreams of a bold high school kid named Kevin Garnett slipping to them but realized as more mock drafts came out, he wasn't going to last that long.  I wanted nothing to do with Ed O'Bannon.  There were two guys I really wanted: Corliss Williamson and Michael Finley.  Williamson had slipped a bit because of his size (no he wasn't ever 6'9).  When Sacramento picked "Big Nasty" at #13 my dream was becoming a reality: the Findog was coming to Boston!

Michael Finley had everything the Celtics needed.  Shooting range, athleticism and an edge, being from Chicago.  So naturally the Celtics selected Eric Williams. I was pretty bummed by the pick at the time and was actually elated with their second round pick Junior Burrough, who I felt would be the better pro player.

But Eric changed my mind pretty early on.  If you never saw Eric Williams here's my analysis: unique ability to draw contact and get to the foul line.  Not a shooter, but a slasher.  Hard-nosed defender who sought the challenge to defend the other team's best offensive wing player.  The ability later in his career to knock down 3 pointers specifically from the corner.  The glue of the defense. 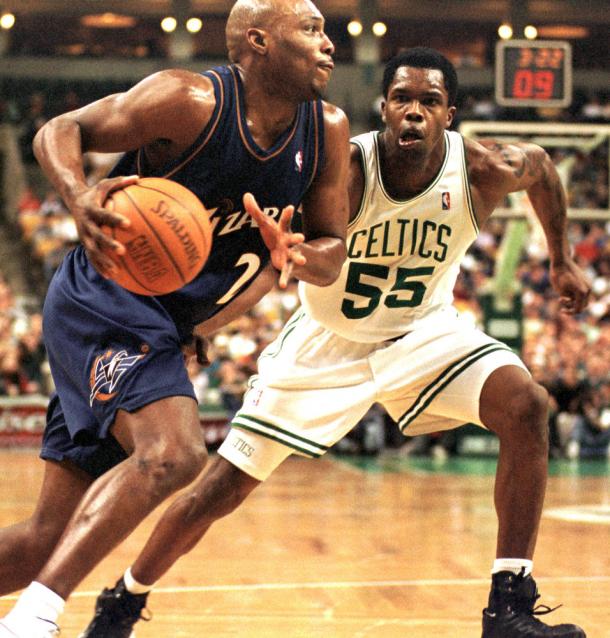 People may forget now that he played his first 2 seasons in Boston before the Evil Emperor jettisoned him to Denver for two second round picks.  Really a horrendous trade when you think of it considering he had just been a first round pick in a deep draft. What else could you expect from Slick Rick, a guy with no patience who had his own agenda; Williams wasn't one of his guys.

Eric really began flourishing offensively in Denver when he arrived there before an injury set him back.  Fortunately just 2 years later in August of 1999, Williams was included in a trade in which he was more of a throw-in: Ron Mercer went to Denver for Danny Fortson.  Fortunately for "E-Dubs" as his teammates called him, the Evil Emperor would be out of Boston by January of 2001, making way for Jim O'Brien to run the show.  Obie loved Williams, his mindset and tenacity. 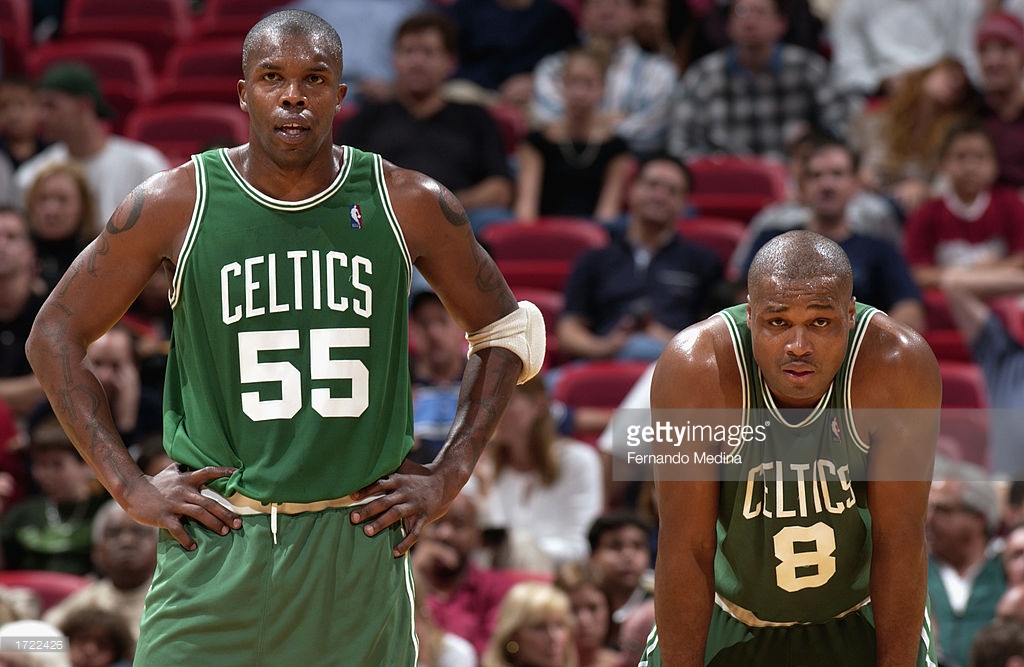 In fact if you recall when Eric was traded to Cleveland along with Tony Battie for Ricky Davis and Chris Mihm in December of 2004, O'Brien quit soon after, citing "philosophical differences with GM Danny Ainge" as being the reason.

After a short stint in Cleveland Eric signed on with the NJ Nets in 2004.  Going back to his home state of NJ was chronicled very well by Ohm Youngmisuk's terrific piece back in 2004.  It's worth the time to read if you're interested in learning about Eric's upbringing on the hard streets of Newark and why he considers  himself the "Prince of Newark." 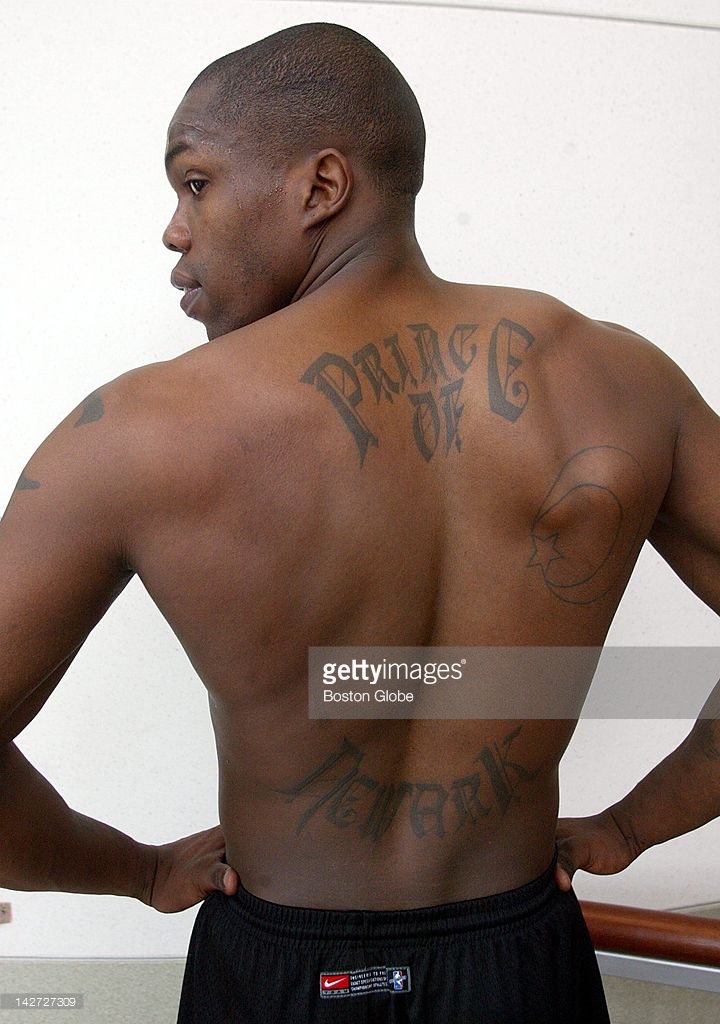 He played two years in Toronto before traded to the Spurs along with Matt Bonner in 2006; I had no recollection of Williams playing in San Antonio.  He played in 16 games for the Spurs before being moved at the deadline of the 2007 draft to Charlotte for Melvin Ely, meaning Ericwasthisclose to being an NBA champion.

Since retiring Eric has had quite the ride during his post-playing career.  First, he was seen on the VH1 show Basketball Wives in 2011.  And then this happened (DEFINITELY take the minute to watch it):

I admittedly never watched a second of that show but had heard about that scene.

In 2014, Eric had reported he was homeless- but continued tweeting away on Twitter.  In fact he remains very active on Twitter.  You can follow him @EricWilliamsYo.  Based on that he seems actively involved with FarmOn.

And then there's the painting.  I wouldn't have known about Pops Peterson or his "Reinventing Rockwell" series if not for reading Eric's wikipedia page.  Eric appears as the father figure in the painting "Freedom from What", which draws as an inspiration from Norman Rockwell's "Freedom from Fear."  Here it is: 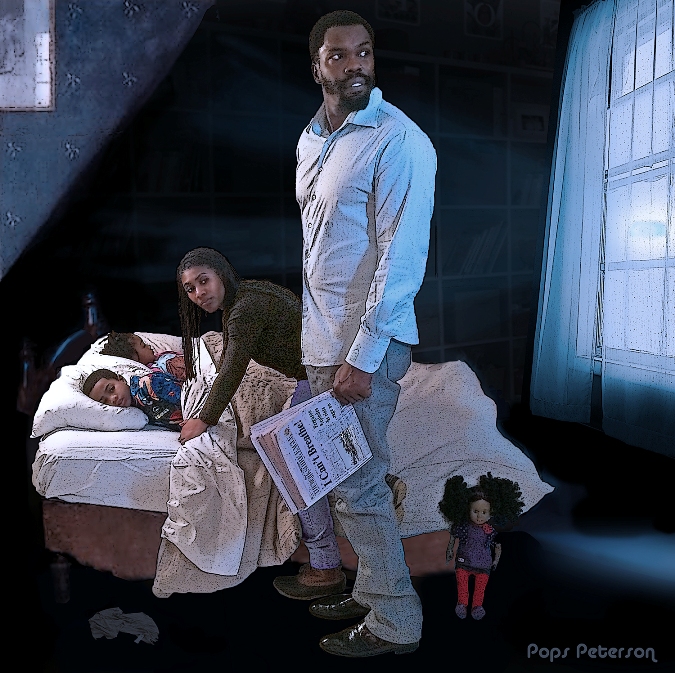 
How would the iconic paintings of Norman Rockwell look if Rockwell were alive and painting today? This is the heart of Pop's critcally acclaimed new series, REINVENTING ROCKWELL. Pops' mission is not only to update the styles of hair, clothing and gadgets, but also to show the evolution of gender roles, sexuality and ethnic diversity.


We were unable to learn the backstory of this painting as a friendly CelticsLife email to Peterson was unanswered.  One article I read even labeled Eric Williams and Roberta Dews (the lady in the painting) as local models.  From NBA glue-guy to homeless to model, all within 8 years.  Nicely done Eric.

CelticsLife thanks Eric for his time in Boston and wishes him luck in any future endeavors.  Always be sure to check back with us for anything new and interesting we can share with you.