Could the Celtics miss Evan Turner more than we thought? 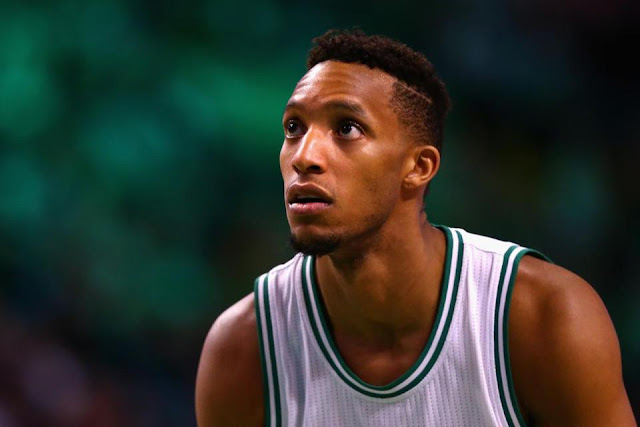 At the beginning of last season, a lot of us Celtics fans were pretty sick of watching Evan Turner. As the season wore on, he began to solidify his role and actually become effective. By the end of the season, it was apparent that the Celtics had actually become reliant on him. I would be lying if I said I wasn't worried about how the Celtics will fill the void he has left with his departure to Portland.

The role Turner carved out for this team was backup point guard, and a leader of the 2nd unit. As the backup point guard he did so many things that let his teammates do what they do best. If Isaiah Thomas needed someone to bear the burden of running the offense so he could be off ball at times, we turned to ET. If Isaiah was on the bench, Turner was easily our best option for that responsibility anyway.

Avery Bradley is not suited for running the point, and he is able to play much more to his strengths if he isn't burdened with being the main ball handler. Though Marcus Smart is more suited for it than Bradley, he too can be overwhelmed at times, and it will be interesting to see how he handles what I imagine will be a much larger workload when it comes to playing point this season. He will definitely fill some of the void, but I don't think he can fill it all. I also expect to see more of Terry Rozier than last season, especially since he played so well in summer league, but I don't see him taking many minutes away from Smart.

Aside from handling the ball, Turner became the only Celtic besides Isaiah that could score in crunch time. ET can create his own shot at almost any time thanks to his combination of size, ball handling, and midrange shooting. On a team that already lacked crunch time scoring, losing Turner is going to hurt in those moments.

Along with those talents, Turner was also fearless. One of my favorite games he ever played for Boston was in their road win against Golden State last April. In a team high 37 minutes, ET put up 21 points, 5 rebounds, 5 assists, and 3 steals, and was also a team high +9 for the game.

The most satisfying part however was the balls he showed in the 4th quarter, where he scored 10 points alone (while making clutch hoop after clutch hoop), including a one handed baseline jumper over Shaun Livingston that I still remember screaming about after it went down.

Not to mention 2 clutch free throws up 2 with 18 seconds remaining to keep it a 2 possession game. It was THE classic Evan Turner Celtics game, where he did a little of everything, in what became his typical swiss army knife style.

I don't mean to overrate him. Despite all that praise, he's certainly not an All Star. But on this team his unique talents found a way to excel, and losing him, especially without a clear cut replacement, may hurt more than you think. I also don't think the Celtics were wrong for letting him go to Portland. They threw a ton of money at Turner, and it was obviously more than the Celtics were comfortable with. None the less, it will certainly be interesting to see how the Celtics handle filling the void he has left behind.