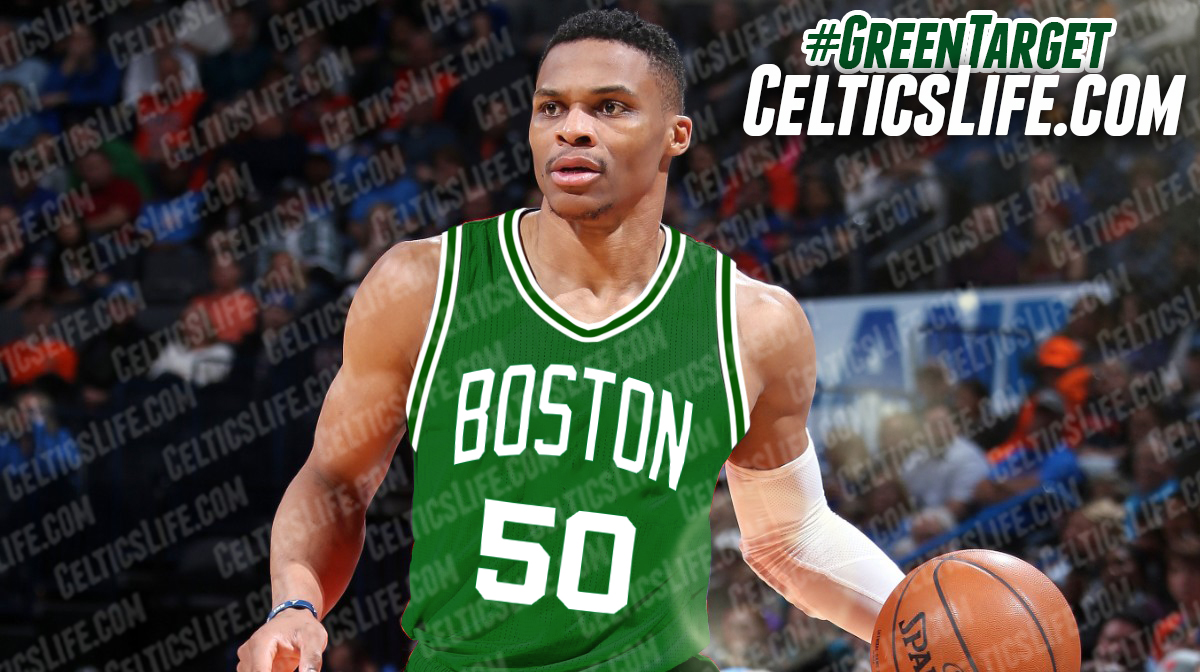 What I'm hearing here in Las Vegas from some GMs is that not only do they think that [Russell] Westbrook will get traded, that it'll be sooner rather than later, probably before the season starts and that the most likely destination right now would be the Boston Celtics.


In the above video, Beck makes the very good point that Thunder GM Sam Presti has been quick to deal guys in the past who he wasn't sure he could keep (Westbrook is a free agent next summer), including James Harden, Reggie Jackson and Serge Ibaka.  Plus, the heat will definitely be on Presti to get something in return for Russ after Kevin Durant just left Oklahoma City for nothing.

As far as Boston being the leading candidate to acquire Westbrook, that's probably going to be the case for every star reportedly on the block at the moment.  It's an easy thing to say considering all the Celtics' draft assets, their cap flexibility and Danny Ainge's insistence that he still wants to make a deal.  Beck doesn't get into specifics, but he suggests the C's could put together and offer without including "key pieces" Isaiah Thomas, Jae Crowder and obviously the newly-signed Al Horford.

Here's another tidbit of potentially relevant information: Presti was born and raised in Massachusetts and went to Emerson College in Boston.  He grew up a Celtics fan.