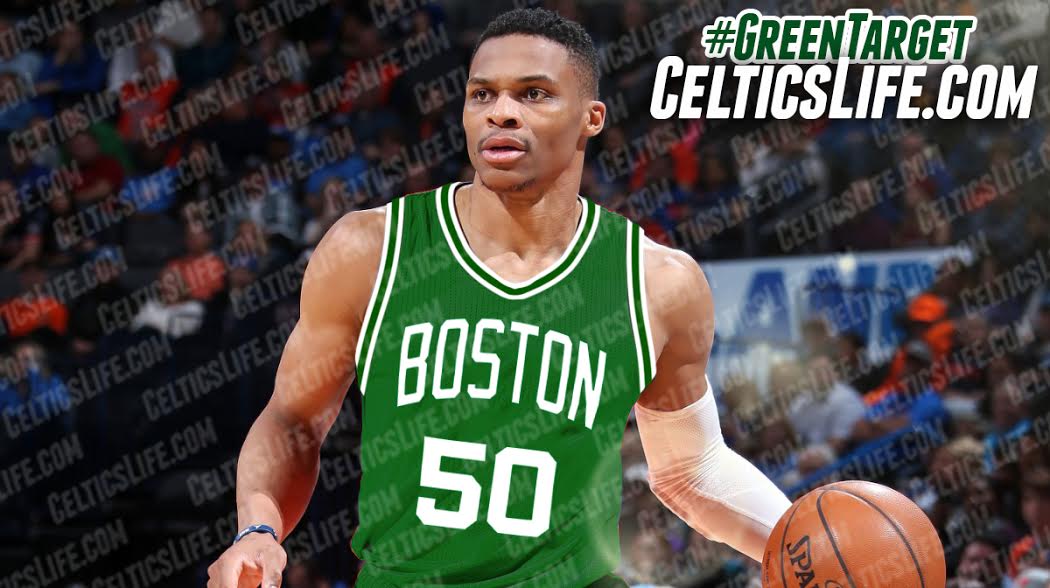 The wake of Kevin Durant's decision to go to Golden State has left a lot of teams with a lot of questions. Mainly, "Do we really have to play out this next season?" and "If not, why?" But on an individual team basis, no question is more immediately intriguing then what the Oklahoma City Thunder will do with Russell Westbrook.

According to Chris Mannix, the Celtics should be in a good position to land the Thunder's lone star if he was made available.


Chris Mannix just told us that he believes the Celtics are in good position to go all-in on a trade for Russell Westbrook.
— Toucher and Rich (@Toucherandrich) July 5, 2016

Frankly, it's hard seeing a trade go down before the season starts - there are just far too many conflicting interests at play. The Thunder are going to want to a king's ransom in return for Westbrook. In order for a team to surrender a trove of assets they're going to demand Westbrook sign an extension, and for Westbrook to want to sign an extension he's going to have to be intrigued by what's left. And it's really, really hard to see a team who can both be able to satisfy the Thunder and Westbrook's wishes.

So while Mannix is right, the Celtics in all likelihood will have the assets to be able to acquire Westbrook - it just doesn't make sense right now. We're too far away from next year's draft for the Thunder to be willing to pull the trigger on a trade revolving around the Brooklyn picks and a player, it's too much of a gamble for them. Any trade that would be made today would likely require multiple rotational players, which would dissuade Russell from wanting to sign an extension.