Jae Crowder is NOT happy with Kevin Durant 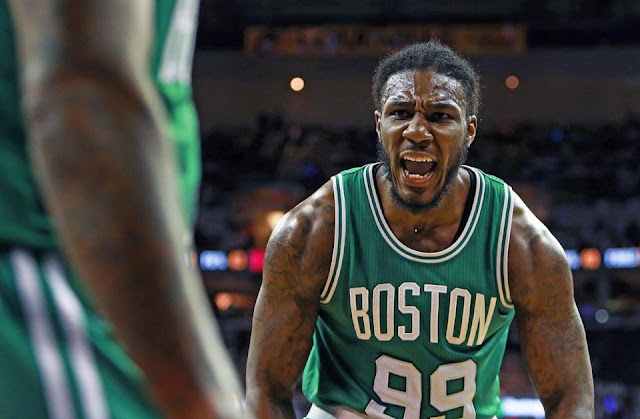 By now, everyone knows the signing heard round the NBA of Kevin Durant heading to the Golden State Warriors, but perspectives on the move have been trickling in since the fourth of July when KD announced his decision.

Most recent player to drop his opinion? Jae Crowder. Via CSNNE:

Crowder wasn't happy with how the pitch meeting went down. According to Tom Westerholm of MassLive, the Celtics broke down how they defended certain teams, like the Golden State Warriors and the Cleveland Cavaliers. Crowder was convinced that if Durant was going to leave OKC, he'd be on his way to Boston, but Jae was sure he was going to stay put. Which is why it bothered him so much that Durant chose the bay area over Boston.

"We played him clips from both games and told him basically the scouting report of how we guarded Steph (Curry) and Klay (Thompson) — our entire game plan, basically. That's what made me mad. We (expletive) told him everything we do to beat these guys, and we beat them, and he went and joined them. I mean, that's part of the process, but I did not think he would go to those two teams ... I felt like afterward, I was talking to Isaiah, like maybe after you sit back, you shouldn't have told him everything, but who the (expletive) thought he was going to Golden State, realistically? It was like a slap in the face for us, basically."

Crowder says he is looking forward to beating Golden State, but the priority will be on winning in the Eastern Conference.