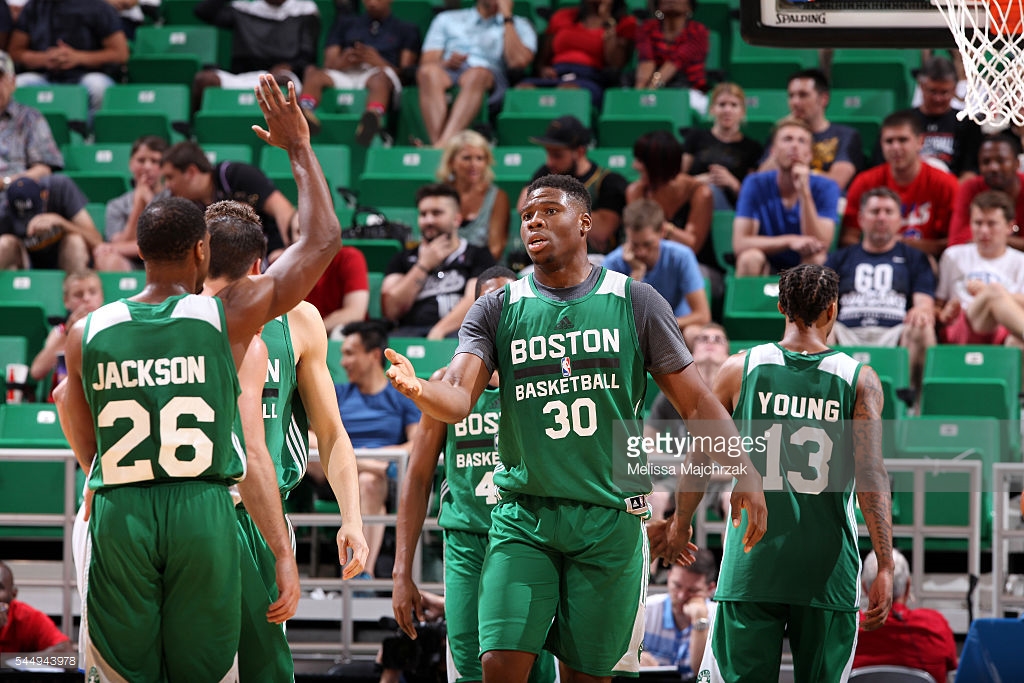 Looking for another reason to think a big trade may me in the works?  How about this:


Guerschon Yabusele said no final decision has been made about his future yet but remains very open to playing in Europe next season.
— Adam Himmelsbach (@AdamHimmelsbach) July 16, 2016


As has been the plan since draft night, Yabusele is expected to play another year overseas (along with fellow first-round pick Ante Zizic, who the team has already said will stay in Europe).  But why are the Celtics holding out on making a definite decision regarding Yabusele?


The 16th pick in the draft put together a very solid summer league, earning high praise from his coach, not to mention a No. 6 ranking in my summer Celtics player power rankings.

With Jared Sullinger gone (Boston's top rebounder last year at 8.3 per game), the C's frontcourt is a little thin behind likely starters Al Horford and Amir Johnson (Kelly Olynyk, Jonas Jerebko and Jordan Mickey?).  Unless Blake Griffin or Jahlil Okafor is coming to town, Yabusele may be necessary as another big body off the bench.