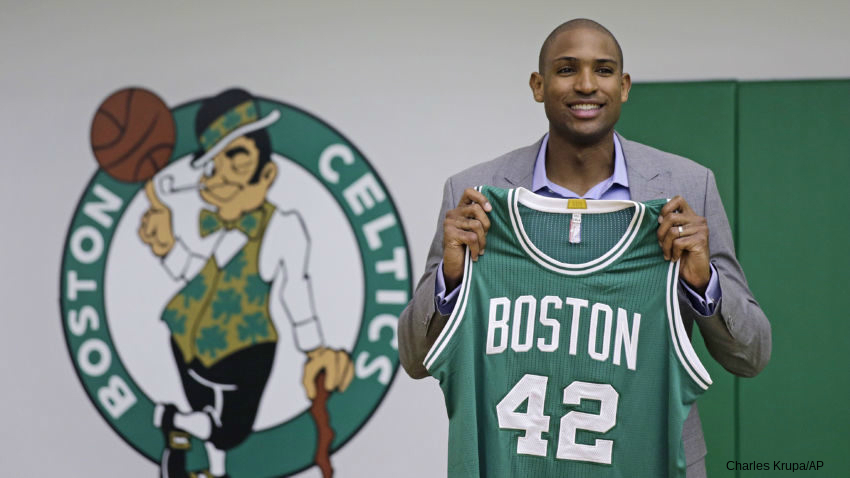 Last week, ESPN Insider published a piece on the best and worst free-agent signings by Eastern Conference teams this offseason.  Here's what Bradford Doolittle had to say regarding the top deal so far:

The best player to change teams and end up in the East has been Al Horford. You can read that as a major win for the Celtics (which it is) and a tepid indictment of Atlanta's outcome, which was to more or less replace him with Dwight Howard. Kind of a head-scratcher.


Even though Celtics fans are obviously disappointed by not getting Kevin Durant, Al Horford is the second-best player in the league to join a new franchise this summer.  No matter how you look at it, that's a major victory for Boston.

When asked about the Eastern Conference's most intriguing signing, David Thorpe wrote:

The Celtics' acquisition of Horford officially announces them as being back -- not quite as contenders for a ring but right below that, ready to make a final leap with perhaps one more deal. And they still have the assets to pull that off. Horford is the perfect player for Brad Stevens -- heady, skilled and mature to the extreme.


And to the same question, Jeremias Engelmann responded:

By signing Horford the Celtics made a deal that could catapult them into one of the top two seeds in the East. Given that Cleveland doesn't want to match the Bucks' offer for Matthew Dellavedova, whom I like, and that the Hawks and Raptors got weaker, I think it's certainly possible that the Celtics will be the No. 1 seed next season.


I've never actually heard of Jeremias Engelmann before, so I'm not going to put much stock in his idea that losing Matthew Dellavedova is enough to make the Cavs lose their stranglehold on the top spot in the East.

However, there's no reason to believe Boston can't be the No. 2 team in the conference.  And from there, who knows.  LeBron or Kyrie could get hurt.  Guys could get suspended.  A 73-win team just lost in the Finals to a club that finished 16 games further back in the standings--stuff happens.