After a promising start, James Young is struggling in Summer League, Danny Ainge says he needs to step up 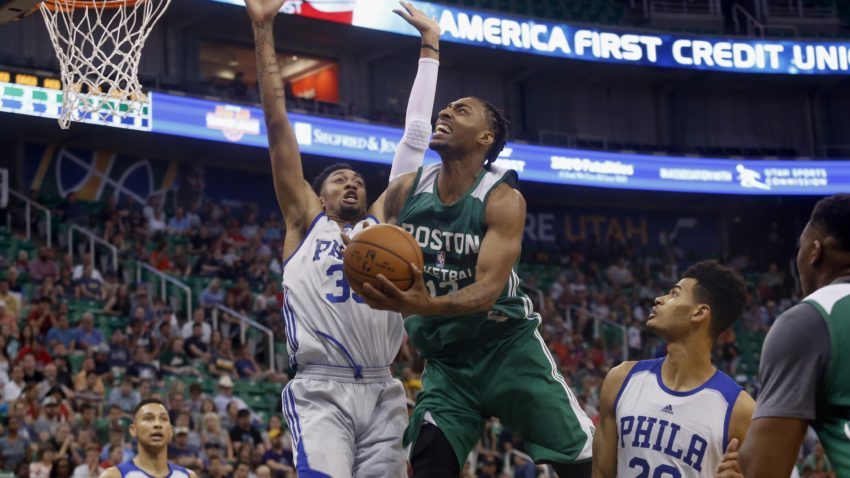 Last night against the Cleveland Cavaliers, Young registered just 7 minutes of playing time on the court and in his last three games has scored a combined total of 10 points:

James Young played zero minutes in 4th quarter, one minute in second half and seven minutes overall. His spot on roster not looking good.

All zeros in the box score for James Young tonight in only 7 min, none in the 4th quarter. Not a good sign for him. pic.twitter.com/iCif1Hiawl

Things are not looking great for Young and it seems like his roster spot is seriously in jeopardy. At the beginning of Summer League play, Danny Ainge stated that he's definitely looking for Young to exceed and to start honing in on his skills to earn a spot in the rotation. Via Chris Forsberg of ESPN.com:

"Listen, you have to earn a roster spot," said Ainge. "There are some exceptions, like James Young is an exception. He was drafted at 18 years old and we have to be patient with him, but now it’s time. But competition is a good thing. It brings out the best in these guys."


Unfortunately, for both Young and the team, he's struggling and in his third Summer League go around, that's not the state you want a player to be in. In the regular season last year, Young played well in a stretch of games early in the season, however he fell out of Brad Stevens's rotation in favor of giving R.J. Hunter and Terry Rozier. Everyone understands that he's very young, but someone entering their third season in the NBA should be much more poised and ready to step up and show their worthy of a roster spot. With so much young talent, the Celtics are going to have to make a decision on whether or not they have run out of patience with the young forward.

Young was touted as a good shooter and scorer coming out of the draft with some good defensive potential. All three of those things have proven to be difficult for him to accomplish as he's been inconsistent shooting and scoring the ball, and on the defensive end looking like a deer in the headlights for much of the time.

With Jaylen Brown now in the picture, Young's spot on the team looks to be in doubt as he is now more expendable than ever. Whether it's via trade or roster cut, it's time for the Celts to evaluate whether or not he can be part of the team going forward. Personally, I don't see much reason to keep him around but I'm not Danny Ainge. The clock is ticking and for James Young, it looks as if time is about to run out.