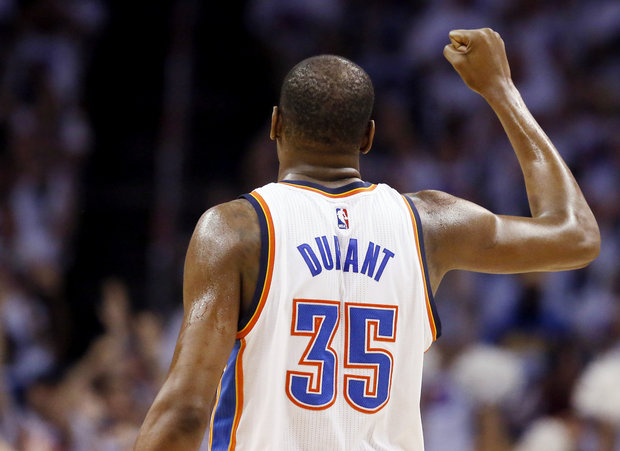 If you've walked through Boston, odds are you've seen a Legal Sea Foods. The Boston-based seafood chain is a pretty big deal, and there are ten in the area. As such, it's kind of a win-win for Kevin Durant to come to the Celtics in free agency this summer:


What a deal! KD has stated that he loves eating crab, he's even gone as far as to theme a shoe after blue crabs, so Legal Sea Food logically proposed the offer to Durant.

Now, I understand that there's a lot of appealing options out there in free agency, but what really compares to free crab legs? The CEO of Legal Sea Foods, Roger Berkowitz, explained why he's making the great offer to KD, via Jay King of MassLive:

"When we heard that NBA free agent Kevin Durant's favorite food is crab legs, we knew it was time to take an active role in the Celtics' pursuit of 'Banner 18,'" the company announced. "The Washington, D.C. native has long expressed his affinity for decapod crustaceans – even collaborating with Nike on a signature KD VI Maryland Blue Crab sneaker in 2013 – and now we're trying to bait Durant to Boston with the promise of free crab legs. We think it's time KD makes Boston his next home."

Berkowitz even says it's Legal Sea Food's "civic responsibility," according to Steve Bulpett.

They say the best way to get people to come to events is to give them free food... do you think it works with NBA free agents? Legal Sea Foods, Danny Ainge, and Isaiah Thomas will try to reel in Durant come July. Will the bottomless crab legs bait him to Boston?

Let's hope the Celtics can catch the big fish.