Terrance Knighton to recruit Kevin Durant. Should we print these shirts now? 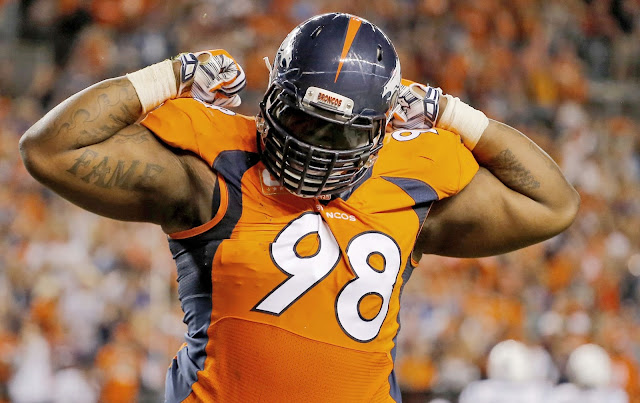 While the Oklahoma City Thunder have the opportunity to advance to the NBA Finals tonight, don't be so sure that means Kevin Durant will return to Loud City next season. Because while the Thunder do have plenty to offer Durant, they can not provide him with the ability to play closer to New England Patriots' defensive tackle, Terrence 'Pot Roast' Knighton.

Knighton, who’s been attempting to woo the former NBA MVP to Boston for months through social media, said he plans to pick back up his recruitment efforts after the Thunder’s season concludes. “I’m leaving him alone right now,” Knighton said Thursday after the Patriots completed their third day of organized team activities. “Letting him finish it up. I love how he’s playing. I hope he wins it. I kind of hope he doesn’t. But as soon as the season’s over, if he’s hoisting the trophy or not, I’ll definitely be texting him every day, calling him, flying down to OKC. I’ll be in his ear a lot, trust me.”

Maybe I'm being foolishly optimistic, but this seems like a foregone conclusion at this point, right? Obviously Kevin Durant couldn't turn down the chance to play within an hour of his good friend, Pot Roast, right?

So what I guess I'm asking is this; is there any reason I shouldn't put my life savings into printing these shirts? Feel like it's free money. 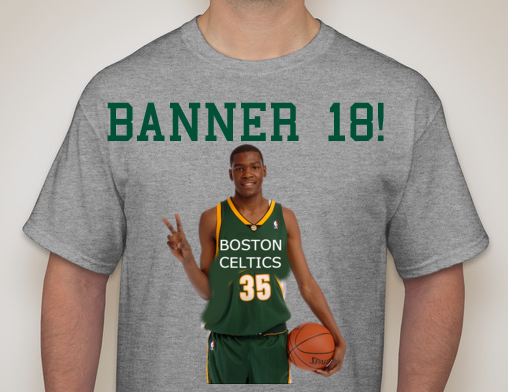