How about a Joakim Noah and Al Horford reunion on the Celtics? 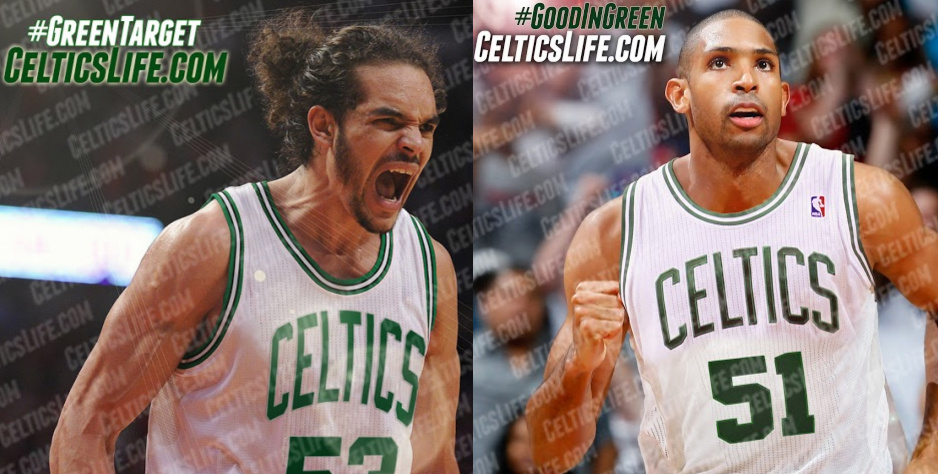 Noah has been telling teammates in recent weeks that he was done with the organization once free agency begins, and 'has no trust in the front office getting this in the right direction,' according to a Bulls player.


However, Noah's agent, Bill Duffy, told the Chicago Tribune the following in response:

Joakim and I speak on a daily basis about his future. There has been zero indication from him that he doesn't wish to return to the Bulls.


And from Nick Friedell of ESPN:

Veteran Bulls center Joakim Noah, his representatives and the Chicago front office continue to have a 'positive dialogue' about a new contract amid a report that Noah has been telling teammates he's ready to leave the franchise, a league source told ESPN.com on Wednesday.

Those close to Noah, who is set to become an unrestricted free agent this summer, are still hopeful that he will be able to work out an agreement to stay in Chicago long term. 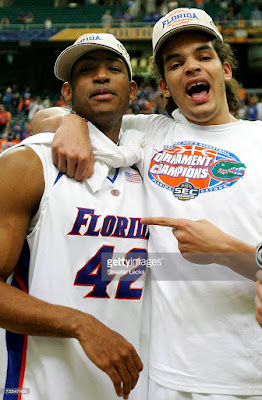 Even if Noah doesn't have his mind set on leaving Chicago, he's clearly thinking about it.  What if he had the opportunity to reunite with his good friend and former college roommate, Al Horford?

I'll be honest, I'm not a Noah fan--I've always though of him as one of the most annoying players in the league.  He's also 31 years old and coming off an injury-plagued season in which he averaged only 21.9 minutes over 29 games (although he did put up 8.8 rebounds and 3.8 assists per contest in limited action).

But let's not forget, a healthy Noah finished fourth in the MVP voting just two years ago.  He's still a very good rebounder and an excellent play-making big man.  If he could help lure Horford to Boston as well, wouldn't Noah be a great addition for the Celtics?

Obviously it's not Plan A.  But with the dream of Kevin Durant and Horford now likely dead, a free-agent haul of Noah and Horford might be a very solid Plan B (check the above link to see how they'd be able fit under the salary cap) if Danny Ainge can't swing a major trade to his liking this offseason.

Imagine a Celtics eight-man rotation next year of Noah, Horford, Isaiah Thomas, Avery Bradley, Jae Crowder, Marcus Smart, Kelly Olynyk and the No. 3 pick in the draft?  Shouldn't Brad Stevens easily be able to get 55 wins out of that bunch in the Eastern Conference?

From there, it may not take much to make the jump to title contenders.