According to various reports in Turkish and European media, David Blatt will sign with a Turkish team, Darussafaka Dogus next year and will have a huge transfer budget at his disposal. Eurohoops reports that Blatt's contract is for 2 years and he will be allowed to spend around 30 million Euros (~33 million dollars) on new players, which is a huge amount of money as the highest paid players in Europe earn about 3.5 million dollars. The most important aspect of this news is that he is set to coach, at least for now, Semih Erden! And Luuuuuuuuke (Harangody). Remember them? Here's a picture to refresh your memory: 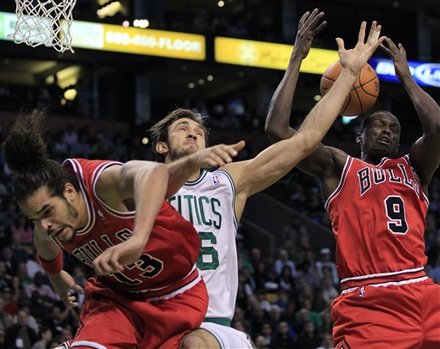 Blatt returns to familiar waters after spending a weird season and a half among hostile players. Semih and Luke are obviously huge upgrades over LeBron James, Kevin Love and Kyrie Irving. They also do not subtweet and have Instagram crises or banana boats or other stuff.