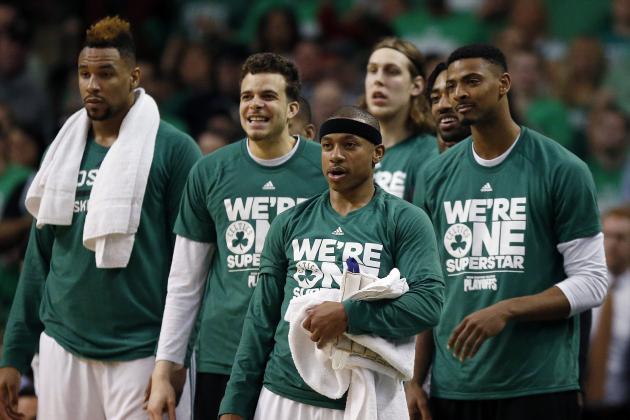 Earlier this week, ESPN ranked the Celtics 3rd in their "Future Power Rankings" behind only the defending champion Golden State Warriors and the Cleveland Cavaliers. This weekend, CSNNE's Kevin O'Connor reported that Westgate Las Vegas SuperBook further bolstered the hope for the future of the Celtics by giving them the 6th best odds to win the 2017 NBA Championship. With 20/1 odds, the C's trail only the Warriors (3/2), Cavaliers (5/2), Spurs (6/1), Thunder (8/1) and Clippers (16/1).

I love the optimism around the league regarding the future of the Celtics and 20/1 seems like pretty fair odds. Toronto being given worse odds (25/1) is really the surprising news on this list. Despite the pitiful effort they put forth in Game 6 of the Eastern Conference Finals, the Raptors showed that they weren't going to be consistently bullied by the Cavs and are a legitimate contender in the East. Plus, DeMar DeRozan is still a member of the Toronto Raptors (for now). O'Connor also seems to think that maybe Vegas is factoring in what may happen this off-season:

With eight draft picks and a chunk of cap space, the Celtics are in a position to capitalize on any opportunities that may come their way. There is a lot of uncertainty at this point in the NBA calendar, so Vegas must be hedging their bets on the Celtics making a leap towards contender status.


Hopefully, when the dust settles at the end of the off-season, our odds will be even better. Here's to a summer of free agent woo-ing, trade rumors flying and maybe, just maybe, a certain 6'11" Oklahoman import.