Tommy Heinsohn looks back on his astonishing career in green 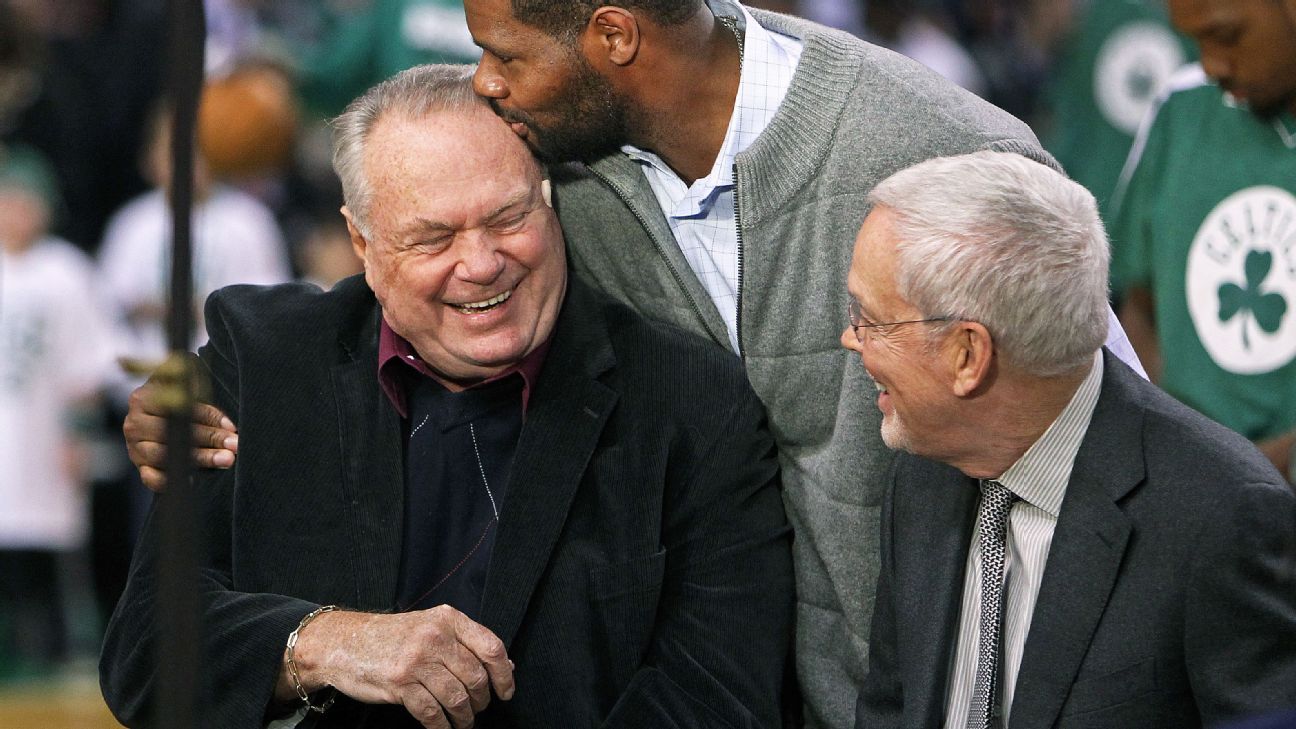 In a piece released on the eve of Boston's crucial Game 6 contest against Atlanta, columnist Chad Finn sat down living legend Tommy Heinsohn to chat about his remarkable 61-year career with the Celtics.

Found on Boston.com, Heinsohn talked about his days as a player, coach, and broadcaster, as well Celtics past and present. Lastly, Tommy touched on the legacy he's left across generations.

As a Celtics follower that resides in Florida, I've been privy to an outsider's opinion of the Celtics and specifically, of Tommy. Basking in the glow of my "I Am Not South Beach" t-shirt nearby Heat Nation, I understand that I live in a world where someone like Tommy won't be viewed with very much reverence.

Down here, he's looked at as an unbearable homer who should've retired years ago. At times, his outbursts will create a chuckle or two, but he's mostly mute-worthy to fans here in the Sunshine State. With the magic of NBA League Pass and the occasional Celtic home game that's shown on NBATV, I imagine that perspective is shared nationally. In a world where nothing is of a consensus opinion, it wouldn't surprise me if that view was shared in New England either.

But unlike the team broadcasting cronies around the league unable to pivot beyond bias-filled reactions, at least with Tommy, it makes sense. I mean, who else can say they've been with a franchise for more than six decades?

I'm 29-years-old. Heinsohn's tenure with Celtics has been longer than two Patrick Bernadeaus.

While I currently live in Florida, my life began in Brockton, Ma. During those days, my parents couldn't afford the cable package that would've allowed us to watch the Celtics home games from the Garden. However, all of the road games were on local television. So my earliest moments of Tommy was as a play-by-play beside Bob Cousy. This was well before Tommy Points existed.

The Celtics would lose. And lose a lot during that time, but they were always a viewing option for me whenever they were on. So for every time Boston grabbed defeat out of the jaws of victory, I was still there, likely hearing Tommy yell out "BING, BANG, BOOM, Barros" and of course, the legendary "I LOVE WALTER!"

It's crazy to think he's still here, as sharp and as delightful on the mic as ever. Brian Scalabrine is the heir to the throne; ever insightful as he's only years removed from the game. But this is Tommy's show until he decides it's not. As it should be. Tommy is Boston's version to Vin Scully or Bob Uecker.

It's even crazier think of everything he accomplished before he was berating officials as Mike Gorman played it down the middle.

Again, I'm only 29. So I needed ESPN Classic and YouTube to tell me he was the lead color commentator for the NBA on CBS during the years the Celtics went to four consecutive NBA Finals.

I needed to watched old video tapes to know that Tommy coached those often forgotten Celtics championships from the seventies: the middle child of Celtic dynasties.

I needed to look in the history books to know why Tommy's name belongs along side Russell, Cousy, Ramsey and Auerbach in explaining Celtics lore.

Tommy's words in this conversation are captivating, but he's rich history with this franchise does all the talking.