Coach of the Year candidates include: Popovich, Stevens, Stotts and both Warriors coaches? 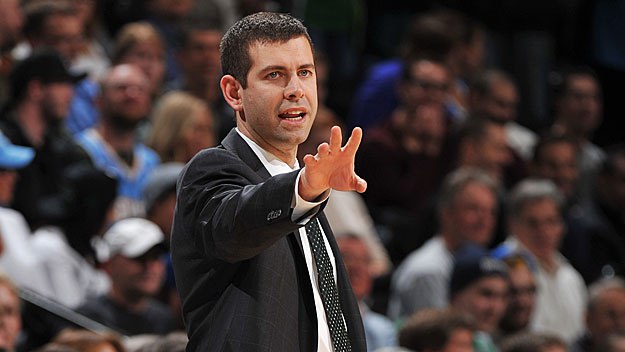 With the season winding down, the NBA Awards Predictions season is upon us and our very own Brad Stevens is in the running for Coach of the Year. The NBA Awards ballots went out yesterday and according to some voters, both the Golden State Warriors' coaches this year are on the ballot:

It's a little confusing to see both Luke Walton and Steve Kerr on the Coach of the Year list, considering Kerr got credited with all of the wins the Warriors accumulated under Walton while he was gone. Under Walton, the Warriors went 39-4 which is good for the second best start in league history. Kerr has been back since January and the Warriors have kept up their tremendous play. Joining Walton, Kerr, and Stevens in the conversation for Coach of the Year is Gregg Popovich, Terry Stotts, and Dwane Casey.

Popovich has been a shoe-in for this award for the better part of two decades now and even with the tremendous season the Spurs are having, I can't really see him winning it. The problem the Warriors have is that there is no way Walton can win the award having no wins under his name but I cannot see Kerr getting the award either because he has only been there for two and a half months. This leaves us with Stotts, Casey and Stevens.

The best candidate to win it out of those three is our beloved Brad Stevens. If you look at Portland, they have a superstar in Damian Lillard and while they certainly were not expected to win this many games, I still do not think they have been consistent enough for Stotts to garner this award. As for Casey, the Raptors have been a rising team in the Eastern Conference for three years now and eclipsing 50 wins for the first time this year is a big milestone for the franchise. However, I think Stevens will end up getting the nod here because of the unbelievable coaching job he has done with a "superstarless" team. Jae Crowder is having a career year, Isaiah Thomas is an All-Star guard, Avery Bradley and Marcus Smart are defensive hounds, and Evan Turner has turned into a terrific Sixth Man. Stevens has put his players in a position to succeed and the Celts as a team have gone beyond expectations that were given to them coming into the season.

Now as one of the best teams in the Eastern Conference, Stevens has turned the Cs into a team no one wants to face come playoff time. This is a true testament to his "team first" attitude and the wizardry of his x's and o's in terms of play calling. In Brad Stevens We Trust and I hope the rest of the voters realize his impact that has allowed the team to reach new heights.