Celtics game plan tonight against the Hawks: Don't give up 65 points in 16 minutes 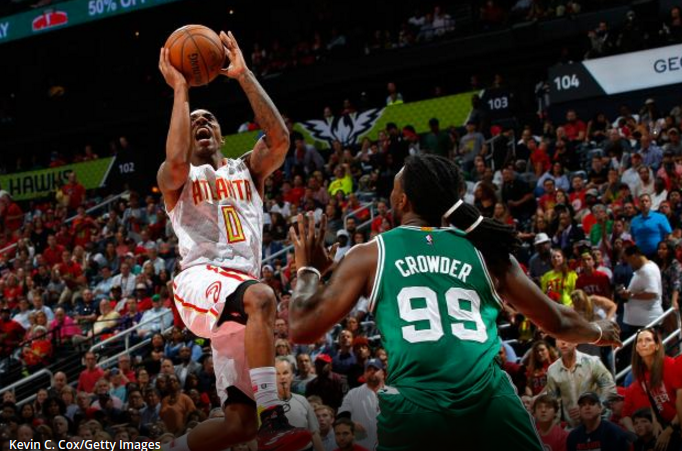 Tuesday's Game 5 was the Celtics' worst loss of the season (27 points), and also feature their biggest deficit of the year--at one point late in the fourth quarter Boston trailed by 34 (107-73).  However, the C's didn't actually get beaten that badly for most of the evening, there was just one insane 16-minute stretch of basketball.  Half-way through the second quarter, the Celtics led 29-19.  By the two-minute mark of the third, the Hawks were up 84-58.  Wow.  Here are some of the absurd numbers from the 16 minutes in between:

Via Jay King of Mass Live, Brad Stevens had this to say yesterday:

There's also things we can control that we've done better through four games that we slipped on in the second and third quarter [of Game 5], so like obviously the easy one to point to is taking care of the ball and setting your defense.

Well I thought in retrospect, as you go back and watch the film, we handled (the traps) really well in those first 18 or 20 minutes. We had our opportunities and at the end of the day, you have to take advantage of as many of them as you can, realizing you are not going to play a perfect game. You got to continue to be aggressive passing out of it and guys have to continue to be aggressive driving and playing and making plays for others out of it. There are certain things we'll look to do should they decide to stay with that.


Yes, the C's will need to make some adjustments and guys besides Isaiah Thomas are going to have to knock down some shots.  But, Atlanta probably isn't going to get NBA-Jam hot again like that either.  The Hawks are two-point favorites at the TD Garden tonight, which seems like an overreaction to 16 minutes of torrid shooting.