Celtics are home underdogs for the first time this series, many now doubting their chances to win 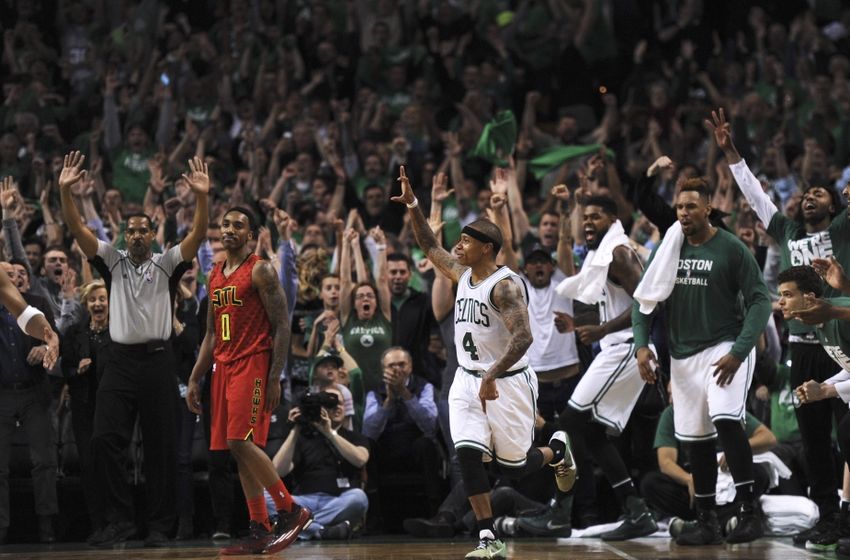 With a chance to steal Game Five on the road in Atlanta, the Celtics got embarrassed by the Hawks and now face possible elimination with Game Six at home in Boston tonight. The home team has won every game in this series and one would think that favors the Celtics to win this evening. However, the betting odds have the Celts as 2-point underdogs at home tonight, which is the first time they have been underdogs at home in this series:

Celtics are 2-point underdogs in Game 6 tonight, per @BovadaLV.

You don’t need a computer to tell you the Celtics face an uphill battle to win series. But here’s how BPI sees it: pic.twitter.com/G5NEckYIZH

While things might look bleak for the green team, an interesting point of history does give some hope for a comeback and a Celtics series win. The last time the Celts came back to win a series down 3-2 WAS against the Atlanta Hawks:

Bad news: Celtics haven't come back from 3-2 to win a series since 1988.
Good(ish) news: It was against the Hawks.

As Celtics fans, we understand that they have a difficult task in winning this series, especially with a Game Seven on the road. However, this team has fought and scrapped throughout the entire season and has never laid down and given up. That's what makes this year's team so lovable and watchable. Yes we may have been completely out played in Game Five, but now we're back at home with one of the best crowds in sports to back the Celts up. I fully expect our players to come out and play their asses off.

I think it's ridiculous that Boston is being considered home underdogs, especially when the home team has won every contest. Brad Stevens will have to tweak the lineup and rotation some more in order to put the team in a position to win. The playoffs are about adjustments and Stevens has shown his intelligence for adjusting strategies from game to game. I was at both Games Three and Four and the atmosphere was the loudest I've heard the Garden in years. With what's sure to be a raucous crowd behind them, I expect the Celtics to put up a fight to save their playoff' lives. At home, our "Celtic Pride" should be on full display.