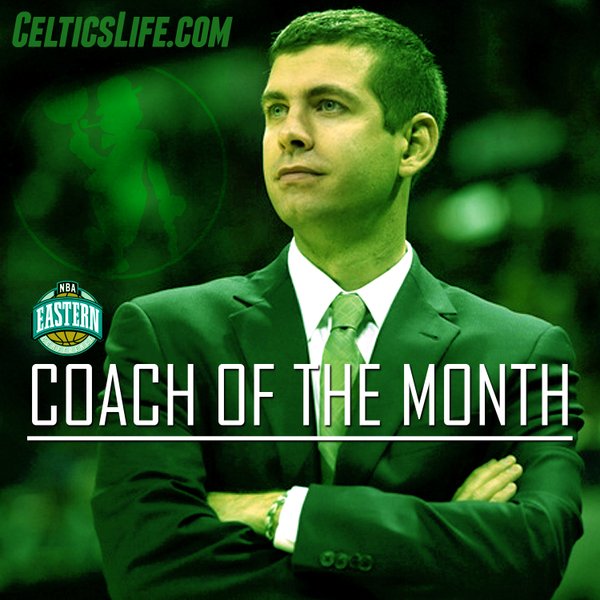 Brad Stevens guided the Celtics to a 9-3 mark in February, the best record in the Eastern Conference in that time.  Yesterday, Stevens was awarded Coach of the Month honors:


The night before the winners were announced, Yahoo Sports' Bobby Marks sent out this tweet:


Brad Stevens and Terry Stotts should be co-leaders in the COY race heading into March. You can throw Steve Clifford into that mix also.
— Bobby Marks (@BobbyMarks42) March 1, 2016


Obviously we're big fans of Stevens around here, but is he an actual favorite for NBA Coach of the Year?

Take a look around the league--the teams at the top of each conference (Warriors and Cavs) have both had multiple coaches this season.  The Spurs' Gregg Popovich will be in the running as always, but after that there aren't any West playoff teams besides Terry Stotts' Blazers who appear to be overachieving (although Rick Carlisle will probably get some votes if the Mavs make the postseason). 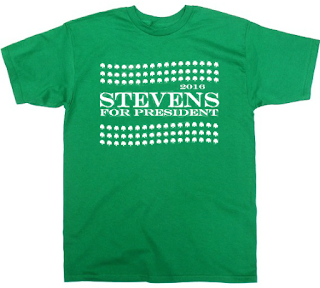 In the East, Dwane Casey should get some consideration for keeping Toronto on Cleveland's heels.  The Hawks, Heat and Bulls are all a disappointment.  After Boston at 36-25, Steve Clifford's 31-28 Hornets are likely the next biggest surprise.

If last season is any indication, Stevens should be the top contender among Marks' three candidates.  After leading the lottery-expected Celtics to a No. 7 seed in the postseason a year ago, there was talk of Stevens for COY.  He finished fourth.  The award went to Atlanta's Mike Budenholzer, who's Hawks improved from eighth in the East in 2013-14 to first in 2014-15.

Portland and Charlotte are similar to the 2014-15 Celtics--squads with no expectations who've managed to hang around in the playoff race.  Boston, on the other hand, is more like the Hawks of last year, having made the jump into the upper echelon of the conference.  If the C's lock down the No. 3 spot in the East (and assuming the Spurs or Raptors don't overtake the Warriors/Cavs), Stevens has got to be the front-runner for Coach of the Year.


Brad Stevens and Terry Stotts will battle for the TRUE Coach of the Month honor tomorrow at the TD Garden. #ThereCanOnlyBeOne
— James Toscano (@Jimmy_Toscano) March 1, 2016


Last spring, Stevens led Boston to a 24-12 record over its final 36 games.  What's he going to pull off this season?