Repetitious History! Hey, Is That Redundant – or Just Tradition? 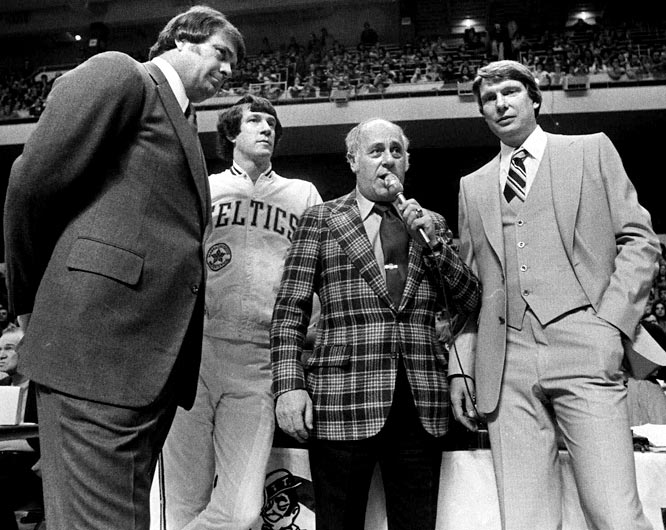 Back in the day when Tommy Heinsohn was staking his claim to a second Hall of Fame enshrinement, the sight of former Celtic players on a game night at the old Garden was hardly a novelty … the newly retired like Hank Finkel or Satch Sanders might still have been showing up out of habit, Bob Cousy and Bill Russell were into broadcasting, a couple (K.C. Jones, Bill Sharman) were on enemy benches.

There was one such semi-regular attendee who was initially unfamiliar to my then-young eyes – the head basketball coach, it was said, at Brandeis, a small college in the near suburbs. One of those visits induced this tale, from the pages of the Auerbach-Feinstein collaboration Let Me Tell You a Story. In Red’s words:


He’s in my office drinking a beer. I walk in and he puts the beer behind his back. Then he starts laughing. “Look at me,” he said. “I’m fifty-five years old and I still don’t want you to see me drinking a beer.”

Not quite the demeanor to be expected of a guy nicknamed “The Tank” and who had preceded seven-time champion Jim Loscutoff as Coach Auerbach’s primary provider of Cousy safety and security.

Bob Brannum joined the team for the 1951-52 season, Red’s second in Boston. Bob had played each of the three previous campaigns in a different league – but all for the same team, the Sheboygan (WI) Redskins. Such was the nature of pro basketball in its infancy.

The stocky, 6’5” one-time All-American missed only three games in four years, contributing a steady if unspectacular “seven-and-seven” in 20 minutes or so a night. His final three seasons on a steadily-improving (i.e. league-best shooting and scoring team in ’54-55) squad ended a step shy of the league championship series.

The arrival of the bigger, stronger and younger Loscy in 1955 put an end to Bob’s playing days. Two seasons later, Auerbach and team owner/patron saint Walter Brown would be celebrating their first championship. Those first titlists would include only three players from Brannum’s last team – backcourt mates Cousy and Sharman along with Red’s original sixth man, Frank Ramsey.

To his credit, and much in the spirit of Mr. Brown, Red never overlooked or excluded the pre-dynasty players like Brannum or Togo Palazzi. The culture and camaraderie they cultivated had a family dinner-table feel, like Red’s China Grove Gang from Let Me Tell You a Story.

One of those pre-dynasty Celtics – a Hall of Famer whose uniform number hangs from our rafters – was, like Brannum, the victim of a roster upgrade. This dude helped the 1955-56 Celtics (playing without Ramsey who was off fulfilling a military commitment) to the league’s second-best record – but a disappointing first-round playoff loss to the defending champion Syracuse Nationals.

Nevertheless – as we all know –historic achievement and acclaim was right around the corner.

But that history would require a little nudge – a sadly ironic nudge.

Despite owning but the seventh pick – in an eight-team league, mind you – Auerbach and Mr. Brown hit the motherlode in the 1956 NBA College Draft, three players who collectively earned 27 championship rings (also a pair apiece as head coach).

They used the territorial component of those player dispersals to lay claim to Heinsohn, the hot-shot scorer from up the road at Holy Cross, and also snatched up K.C. Jones with a second round pick.
Of course, the guy Red truly coveted was Russell.

There was no way the back-to-back college king would have fallen to No. 7 in that draft, so forfeiting a talent like Tommy-Gun made no sense. More logical was to try and work a deal for a choice where you could expect to land your guy.

At the time, Red actually had (in his back pocket, you might say) an attractive little trinket to offer in any such transaction. Three years prior, he’d invested a mid-round draft pick to acquire the rights to a pretty fair ballplayer by the name of Cliff Hagan, utilizing the very same loophole he would use quite memorably some twenty-five years later.

Hagan’s potential alone, though, would be insufficient to pry loose what the Boss wanted … that would require a more tangible asset.

Now it’s important to understand that the NBA of the 1950’s was hardly the free-flowing marketplace that it’s now become. There was still a lot of “Mom and Pop” in the very essence of the league and most of its franchises, Walter Brown’s Celtics amongst them. So the need to trade away an established player, a member of the “family,” created more than a little angst for the C’s kindly owner … so much so that the transaction that led to Bill Russell nearly didn’t happen.


It was because “Easy Ed” Macauley was ready to move back home to St. Louis and help tend to a young son being treated for spinal meningitis. As conveyed through Terry Pluto’s historical Tall Tales, Macauley’s very words to Mr. Brown were: Walter, you’d be doing me a favor if you sent me to St. Louis.

[There was one additional bit of “chicanery” required to ensure the “Russell Hustle.” The rest of the story, along with some other Auerbach anecdotes, can be glimpsed here].

The current band of Celtics, under the aegis of Ainge & Stevens, bears a striking resemblance to those pre-dynasty squads of the early ‘50’s. Certainly some nice building blocks (Bradley, Thomas, Crowder, maybe KO), but still a Brannum or two (good, solid players who are just a bit lacking) away from real contention.

Danny Boy and his young coach face a dilemma similar to that encountered by a likewise youthful coach and his wise mentor over half a century ago – elevate your level of talent without compromising the culture of long-term loyalty you are striving to sustain. 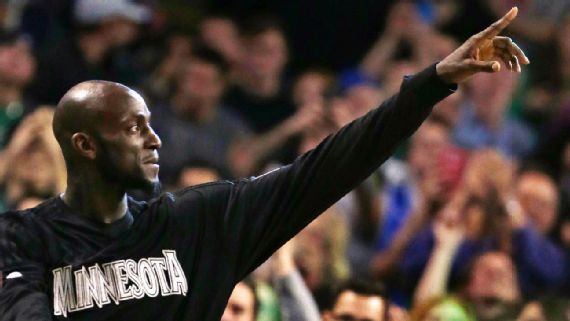 Recent “Garden Parties” for Kobe Bryant and particularly Kevin Garnett only serve to reinforce the stature of the NBA’s flagship franchise and the tradition for which it stands.

I’m told the beer flows a bit more freely these days in Red’s new office. Brannum only sneak-drinks when Mr. Brown comes around – but then again so does Auerbach himself.