Jordan Crawford drops 72 points in a game in China 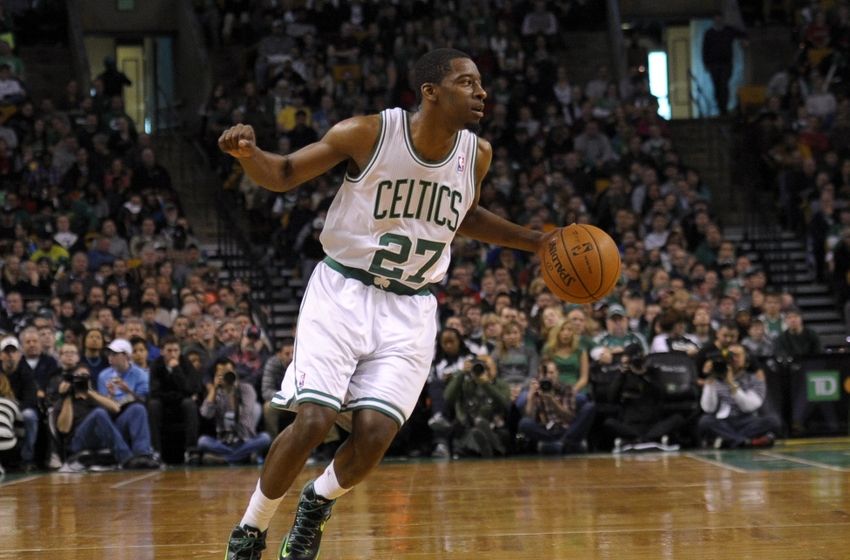 Although short-lived, Jordan Crawford's stint with the Celtics from February of 2013 to January of 2014 was a fairly memorable one.

He was relatively quiet during the last Boston playoff run for the Paul Pierce, Kevin Garnett, and Doc Rivers, but his time with the green during the opening months of the Brad Stevens era was easily the most impressive he ever looked in his four-year NBA career.

In fact, the surprising performance of the confident run-and-gun guard during that period was one of the first pieces of evidence that people pointed to as a way to back up their predictions that Stevens would have a long and successful coaching tenure in the NBA.

Bill Simmons was one of those people, stating in a December 2013 article on Grantland that "anyone who can turn Jordan Crawford into a competent point guard has to be a Coach of the Year candidate."

That comment was just one episode of the beef between Crawford and Simmons, which started with tweets like this one:

Boston upped the stakes for Riggin' For Wiggins. Starting at PG tonight... the one and only Jordan Crawford! Your move, Utah!
— Bill Simmons (@BillSimmons) November 7, 2013


When Crawford, often referred to as "Steez", earned Eastern Conference Player of the Week honors in early December after leading the Celtics to three straight wins by posting 23.3 points, 6.1 assists, and 3 rebounds per game on 61 percent shooting, he fired back at Simmons for doubting his ability.

Unfortunately, Crawford went back to being the Jordan Crawford who's hard to watch after winning that prestigious award and was shipped to the Warriors the next month.

He only played 15 minutes per game in his few months with Golden State, but he did drop a career-high 41 points in a meaningless regular season finale in which Steph Curry didn't see the floor.

That was the last regular season game of his NBA career before he decided to take his talents overseas to the Chinese Basketball Association, where he recently exceeded his NBA career-high by 31 points, dropping 72 in a game for the Tianjin Ronggang Gold Lions.

Before anyone says that Crawford is ready to return to the big leagues, the Gold Lions still lost the game 113-104 to the Sichuan Blue Whales and fell to 5-23 on the season, so his ability to take over games hasn't exactly had a positive impact on his team.

Knowing Steez, I'm sure he's still having fun and reveling in the fact that he's playing for a coach who allows him to put up 52 shots in one night.