Witnesses at the scene tell TMZ Sports the new footage takes place AFTER the first fight on Nov. 25th ... a little further down the street.

In the video, you can see the 6'11" rookie trading insults with a heckler -- while people in Okafor's crew tried desperately to hold him back and walk him away from the situation.

A witness tells us it was Okafor who "hit the guy with a haymaker."

Wow, what a punk Okafor is. Of course we already posted on his first fight., but Okafor cooler heads didn't prevail after that. I love how all his trash talk revolves around how much money he makes. Charges will be filed and based on this 2nd video I expect a suspension from the NBA. Good news for Hinkle and the 76ers though as that will only guarantee more losses and ping pong balls. Might want to get a couple veterans on the team Sam.

In addition to his two fights in Boston, Okafor has also been involved in an altercation in a Philly nightclub that led to him getting a gun put to his head, as well as a serious reckless speeding violation on a bridge. If you are wondering if these fights might be alcohol influenced, there's also this story of Okafor getting a fake ID confiscated. 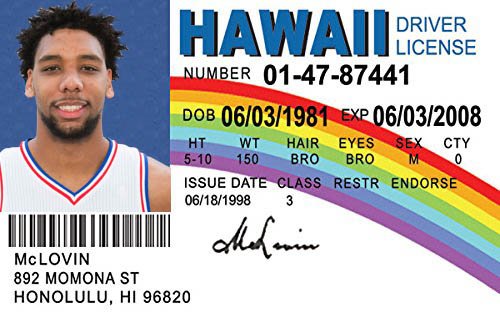 p.s. Someone buy Christian Wood a belt. Never know when your butt is going to be featured on TMZ.

UPDATE: The 76ers have suspended Okafor for 2 games.

Related: Afternoon Delight: Okakor attempted to use Delorean to go back in time to be drafted by anyone but the 76ers
Jahlil Okafor knocked out Celtics fan in street fight after loss