What the Hell Happened to...Paul Silas? 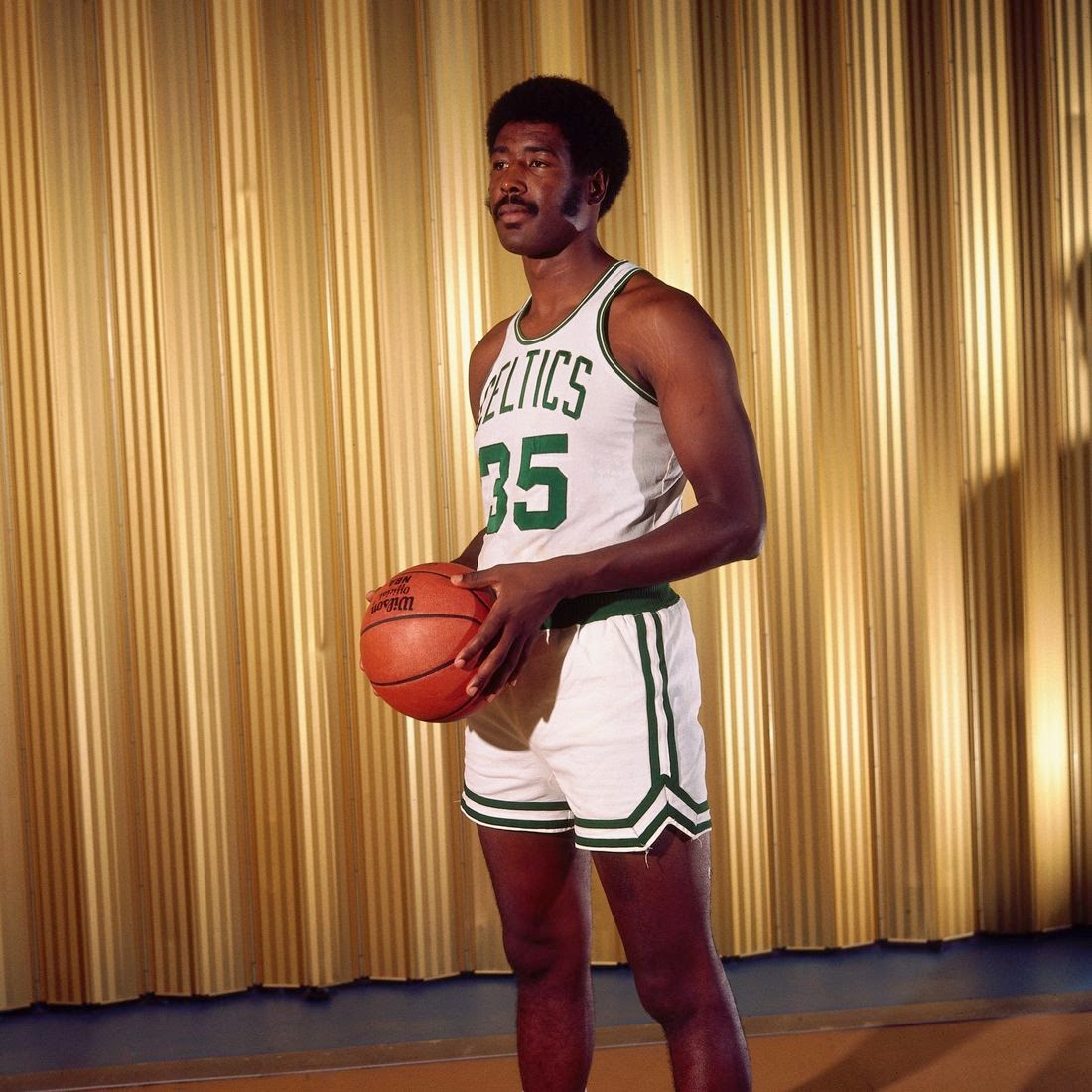 “When we won that game (Game 7, 1974 Championship vs Milwaukee), everybody was out and pouring drinks on each other, and me and Dave (Cowens) were sitting there just staring at each other, and we didn’t say a word. It was just wonderful, I got up and told them how great it was to be a Celtic and I never wanted to be nothing else but a Celtic.” - Paul Silas


Intangibles have a funny way of being really important in sports.  In recent years Brian Scalabrine and Kendrick Perkins were lauded as intangible guys.  Guys that bring stuff to a team that doesn't show up in the boxscore.  The saved loose ball to keep a possession.  The really good pick to free up a shooter for an open shot.

When Perkins was traded to the Thunder back in 2011, his supporters compared it to taking away the Celtics' soul.  But if you really wanted to know what it's like to have the soul of the Boston Celtics' taken away it was when this week's player, Paul Silas, was traded away.

Paul was moved around a lot as a youngster, but settled down in Oakland, CA and would attend the same McLymonds High School as the great Bill Russell.  After starring at Creighton University, the St Louis Hawks selected him in the 1965 draft in the second round. He made his debut for St Louis that year and his NBA-ready body and willingness to mix-it-up inside allowed him a very smooth transition.

Paul loved playing for the Hawks.  He was teammates with Zelmo Beatty, Joe Caldwell and Lenny Wilkens while he was there.  In his 5 seasons there the Hawks made the playoffs each year but could never make it to the Finals.  Looking to mix things up the Hawks moved Silas to Phoenix for Gary Gregor in May of 1969.

In Phoenix coach Cotton Fitzsimmons encouraged Silas to shoot more and by his third season in Phoenix he had upped his average to 17.5 ppg and made his first all-star appearance.  However the Celtics had their eye on him for some time.  Before they acquired him, the Celtics' needed someone to match up with the Knicks' Dave DeBusschere.  Red Auerbach knew Paul Silas was his guy.  So Red did what he had to in order to acquire Paul, who became the missing piece. 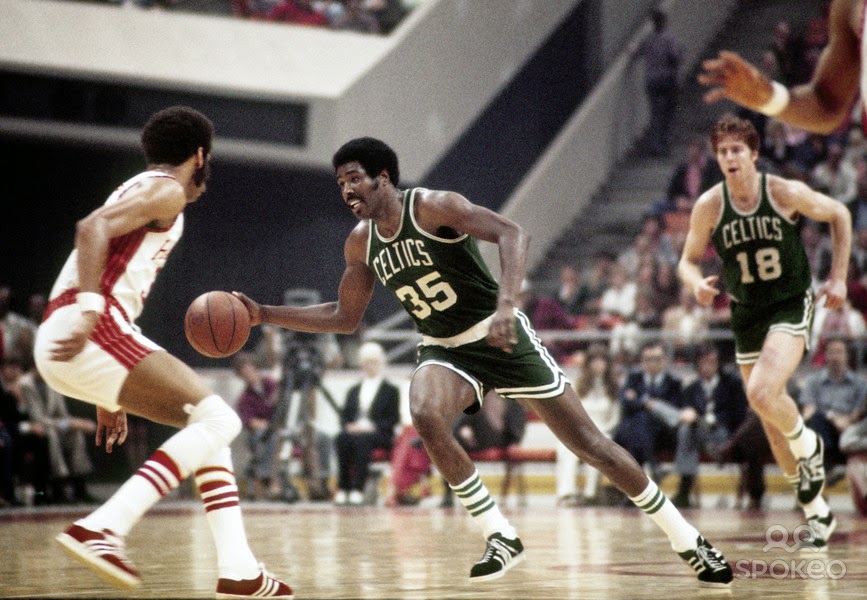 Phoenix was sort of backed into the deal.  They had negotiated for the rights to sign guard Charlie Scott, who had been playing for the ABA’s Virginia Squires. But this only meant that the Suns had acquired Scott’s ABA rights. The Celtics, who had drafted him, still controlled Scott’s NBA rights, and Red shrewdly insisted he'd only relinquish Scott for Silas.

It came as a shock for Paul who had just bought a home in Phoenix and was comfortable there.  But after going to Boston, speaking to Red Auerbach and realizing the deadly inside-outside combination him and Dave Cowens would form for the Celtics' up front, Silas was just fine.  Both Paul and Dave were undersized for the time at their power forward and center positions (6'7 and 6'9).  Of course that's pretty standard for today's height-challenged NBA, but back then, not-so-much.  As Dave himself put it:

“It’s about people playing into a particular comfort zone and being in places where they can do what they do best. [Silas] allowed me to expand as a perimeter player because he could take care of business inside and he was a relentless offensive rebounder. Whoever was guarding him was busy all the way through the [possession]. Nobody was helping off him.” 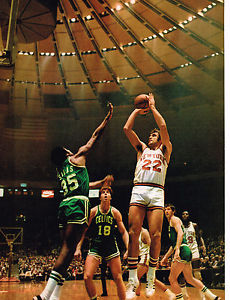 Cowens’s outside touch began pulling opposing centers out to guard him, leaving Silas to clean up the rebounding.  In Paul's first year, the  Celtics had their best regular season record of all time winning 68 games.  Paul served as the 6th man, a role he had to be convinced by Tommy Heinsohn to accept:

“Paul, I know this situation here is something that you didn’t expect,” Heinsohn recalled telling Silas. “I’ll tell you this: Everybody in this town understands what the role of a sixth man is, and you are the quintessential sixth man. I guarantee you one thing — you will always be in at the end of the game when it’s most important.”

And he always was.  And if you never had the chance to watch Silas play, I would give my own scouting report of him, but defer to Bob Ryan, who eloquently explained it in his excellent book Scribe:

The St Louis Silas could never have taken part in all this. He would have been forced to sit and watch. But with his new body he became an important cog in the Celtics’ fast break. And what a powerful personal presence. He was a street-smart guy from Oakland’s McLymonds High the same school that have given the world Bill Russell, Frank Robinson and Vada Pinson among others.  He was great at sizing up people and he was a born leader. I always thought that if he had not become a professional athlete he would have been a great local politician.

He was confident always, bordering on cocky. One night prior to a game with the Buffalo Braves who had become a big rival he asked me “how many are out there?” I told him it was a sellout and they were saying it was going to be the biggest crowed ever at the Buffalo Aud.  "Good," he said “we’re going to send them all home unhappy.”

He wasn’t much of an outside shooter, but he did have a little tippytoe set shot/jumper that could keep people honest. He was good for a basket or two on follow-ups and the occasional layup after filling the lane on the break and averaged 13 ppg in that 68 win year, but his contribution was so much greater. On a team with Havlicek, Cowens, White and Nelson, Silas emerged as the conscience of the team.


The Celtics and Silas would win two titles, in 1974 and 1976.  But Paul was a free agent after the 76 campaign and was looking for a big payday.  He wanted to earn more than both Havlicek and Cowens.  Red wouldn't budge and moved him to Denver in a 3-team trade in which the Celtics got back Curtis Rowe. 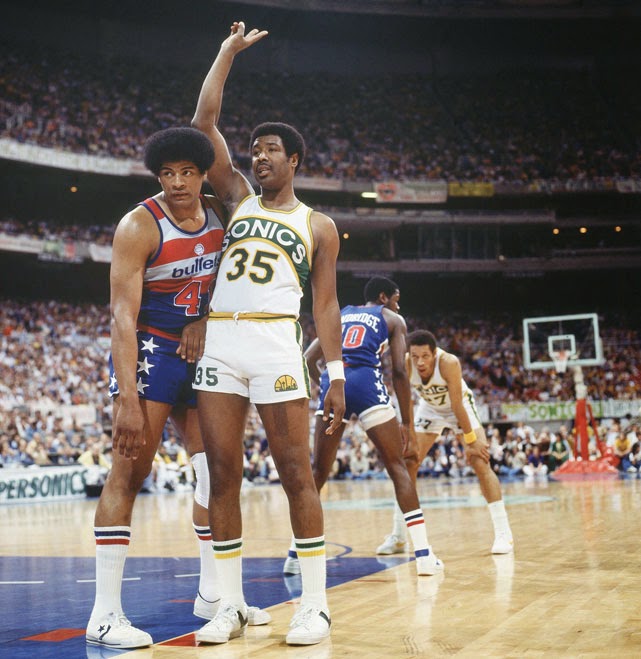 It didn't work out for anyone involved.  Silas time in Denver was short-lived and he regretted it years later, telling Red Auerbach he should've just agree to the contract and kept on winning titles.  Auerbach looked bad for bringing in Rowe, a got who was much more about personal stats than helping his team win.  Cowens was pissed off at both Red and Paul for botching up negotiations, and even took a hiatus from the Celtics and began driving a cab.

Paul was soon moved to Seattle in 1978 and would serve as a key guy on the Sonics' team that made the Finals in 78, won it all in 79 and lost in the Western Conference Finals in 1980.  Lenny Wilkens, his former teammate, was now his coach and he served in the role of communicating the coaches' message to the players.  And even though he hadn't thought much of coaching up until then, he had enjoyed the leadership role he took on with Seattle.  He retired after the 1980 season but immediately became head coach for the San Diego Clippers, and their new owner Donald Sterling. 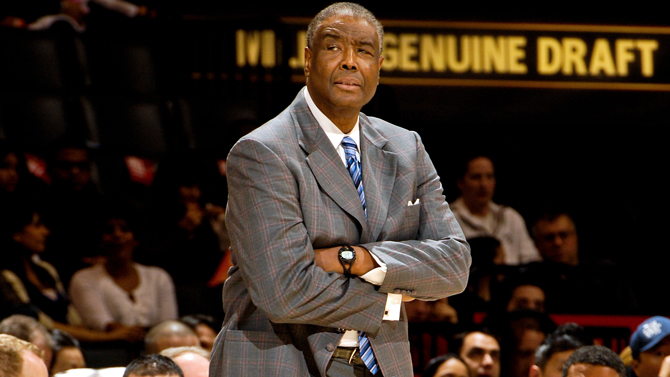 Silas was there as head coach for 3 years, seeing firsthand how Sterling meddled in the teams' affairs.  He'd be fired in his 3rd season and after that, moved to New York where he opened a Wendy's fastfood restaurant (just like John Havlicek!) along with former NBA player Junior Bridgeman,  But he always had the urge to return to the sideline, and did so, with the Nets as an assistant in 1985 and later on with the Knicks under Pat Riley in the early 90s.  Going back as an assistant to Chuck Daly in NJ and then onto Charlotte as an assistant under old pal Dave Cowens in 1996-97.  But Dave's passion was totally gone, and he quit, landing Paul his first head-coaching job in 1997.  The team responded well to him.

Paul stayed as headcoach of Charlotte and then New Orleans through 2003, coaching some very competitive Hornets' teams.  After being fired in 2003, he found himself as the headcoach in Cleveland, and their rookie sensation LeBron James.  He was influential behind the Ricky Davis for Eric Williams trade, mentioning that James' veteran teammates were jealous of him from the start.  After Dan Gilbert bought the team, one of his first things was making his mark and firing Silas.

Michael Jordan came along next making Paul the coach in 2010-11 after Larry Brown resigned.  Paul even had a confrontation with Tyrus Thomas, calling him a loser and shoving him against a locker.  It was reminiscent of a previous blowup with Ira Newble while coaching  Cleveland when he called him a hip-hop motherfucker.

Paul was fired from Charlotte after they posted an historically bad-record during the lockout shortened season in 2012.  Today Paul has closed the book on doing any more coaching in the NBA although he is still open to potentially doing something in management.  He's retired and lives in Lake Norman, NC with his wife Carolyn. 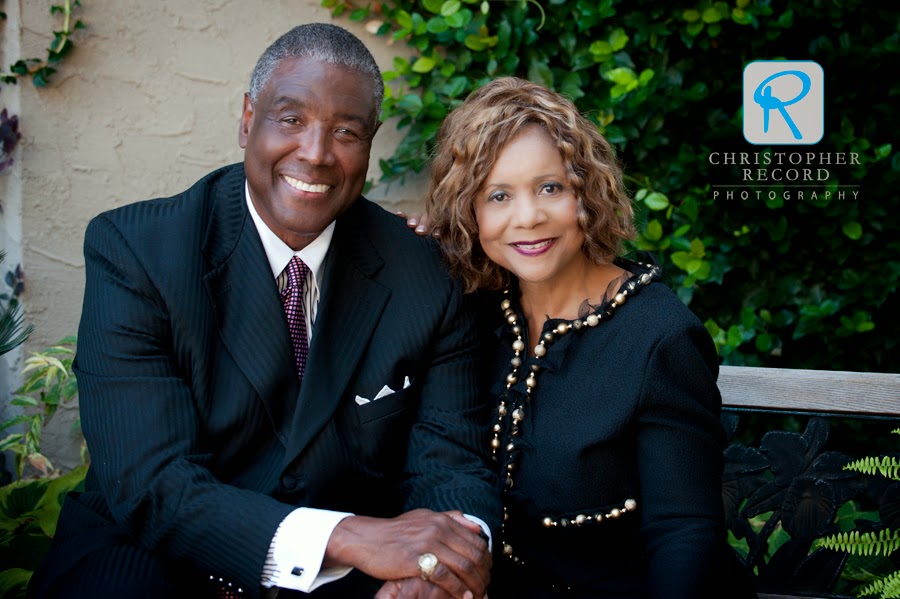 CelticsLife thanks Paul for his major contributions to two Celtics' titles.  Older Celtics' fans have mentioned in the past how #35, which is retired for Reggie Lewis, should have anything, been retired for Paul Silas; his contributions were that significant for those teams in the 70s.  There's a Chinese Restaurant in Hartsdale, NY that has Paul's autograph and picture in the front of it. I remember being in awe of it as a kid.

It's also a shame Paul never had the chance to coach in Boston.  His teams always played hard and his all-time record isn't reflective of how good a motivator and coach he was.  CelticsLife wishes him well in his retirement.