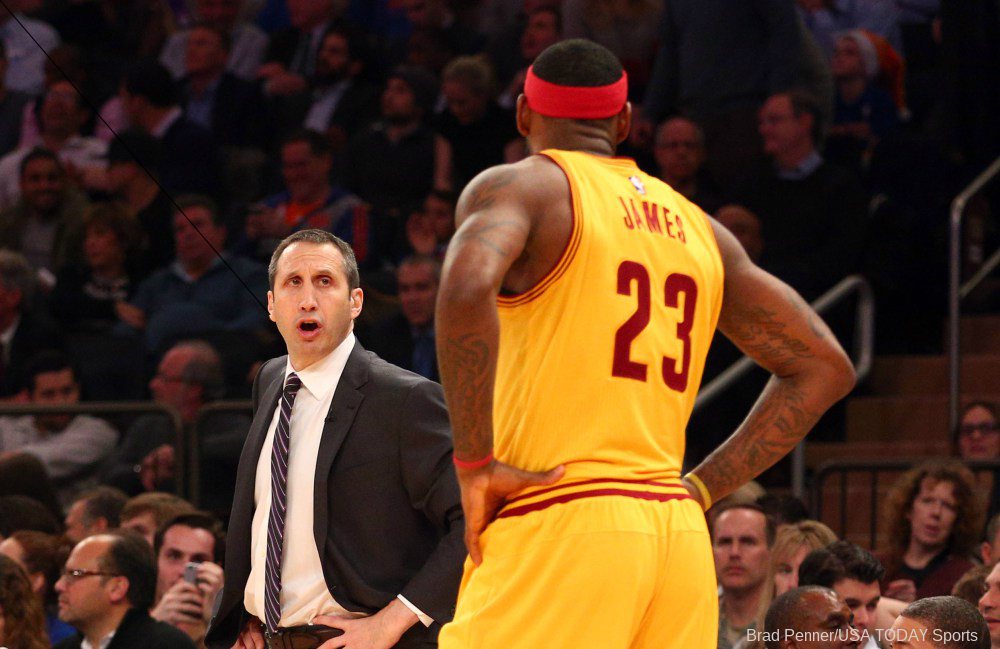 And we likewise saw LeBron emasculate Blatt in ways that are simply unbecoming of a player of James' legend-in-the-making stature.

I saw it from close range in my role as sideline reporter through the Finals for ESPN Radio. LeBron essentially calling timeouts and making substitutions. LeBron openly barking at Blatt after decisions he didn't like. LeBron huddling frequently with [assistant coach Tyronn] Lue and so often looking at anyone other than Blatt.

There was LeBron, in one instance I witnessed from right behind the bench, shaking his head vociferously in protest after one play Blatt drew up in the third quarter of Game 5, amounting to the loudest nonverbal scolding you could imagine.

Which forced Blatt, in front of his whole team, to wipe the board clean and draw up something else.

How is any fellow Cavalier going to treat Blatt with something resembling reverence when LeBron treats him like a bench ornament in plain view?


Now I can't say that I've watched LeBron's interactions with Blatt as closely as Stein has, but his words do not surprise me in the least.  I had a similar feeling last week when James took it upon himself to announce the Cavs wouldn't be making any changes to their starting lineup before Game 5, prompting me to write a sarcastic post referring to him as the head coach.

Stein's article also reminds me of this great Vine from earlier in the season: