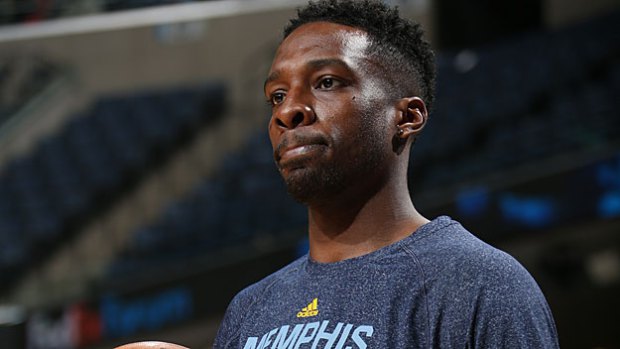 The Celtics somehow unloaded Jeff Green last year, and it was glorious. Leading up to the trade, the conventional wisdom was that the Celtics needed to trade Green before he could opt out. The Celtics did not want to lose their top scorer for nothing if he declined his player option to become a free agent this summer. It turns out that Jeff Green might not have opted out after all, and he could very well have clogged the Celtics cap with his $9.2 million salary this year:

Sure, there's a chance that Jeff Green loves the Grit 'N Grind Grizzlies so much that he exercised his player option there and would not have had he remained on the Celtics. But there's also a chance that Green and his agent are only thinking about greenbacks, and they thought it made the most financial sense for him to wait a year and test free agency when the salary cap jumps up next summer.

This absolutely makes the Jeff Green trade better in hindsight. The offseason would be a lot less fun for Celtics fans if we were looking at Woj's tweet today and seeing almost 10 million in cap space evaporate into paying Jeff Green. Through playing Danny Ainge trade dominoes, in exchange for Green the Celtics currently are holding a future first round pick from Memphis, a future second rounder from the Clippers, the rights to Gigi Datome, a 2.4 million trade exception from the Austin Rivers deal and a 7.7 million trade exception from the Tayshaun Prince deal. Plus the Celtics got a good look at unrestricted free agent Jonas Jerebko, someone they're definitely considering bringing back next season.

If all that remains of the Jeff Green deal past July 1st are the two draft picks, the two trade exceptions, and the $9.2 million of cap space, that's still a nice score for a player that was never going to be someone the Celtics could build around. And without Green and his trick or treat ways on the C's, my father's blood pressure is in a much better place than it was after this clunker in January.