Isaiah Thomas thinks he was snubbed for 6th man 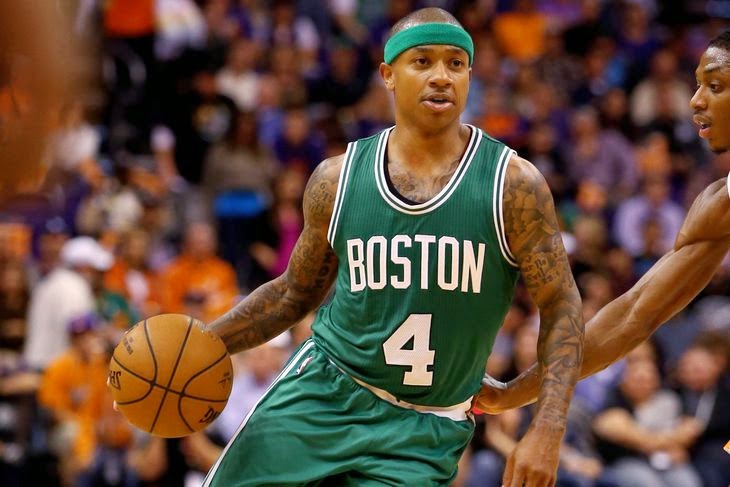 178; that's how many points separated Raptors guard Lou Williams and Celtics guard Isaiah Thomas for 6th Man of the Year.

Unfortunately for Thomas, that 178 point difference did not swing in his direction. Williams received 78 first place votes while Thomas earned only 33.


"I can’t say too much about it. All I’m going to say is numbers don’t lie. But congrats to him. He deserves it."


So lets look at the numbers shall we.

Thomas finished in the top four in the NBA in fourth quarter points with 404. He lead the league in points scored off the bench with 16.6, and since arriving to Boston that number jumped to 19 ppg.

Make no mistake about it. Being traded in the middle of the season from Phoenix to Boston cost Thomas the 6th Man race.

Celtics head coach Brad Stevens openly campaigned for Thomas as the 2015 6th man and agrees that Thomas was snubbed.


"Lou Williams is a very deserving candidate, but Isaiah would have been my vote."

Just so happens there are two guys in Steph Curry and Isaiah Thomas that deserve their respective awards more.