20 years ago the Celtics shocked the world in Game 2 of the playoffs--could it happen again tonight? 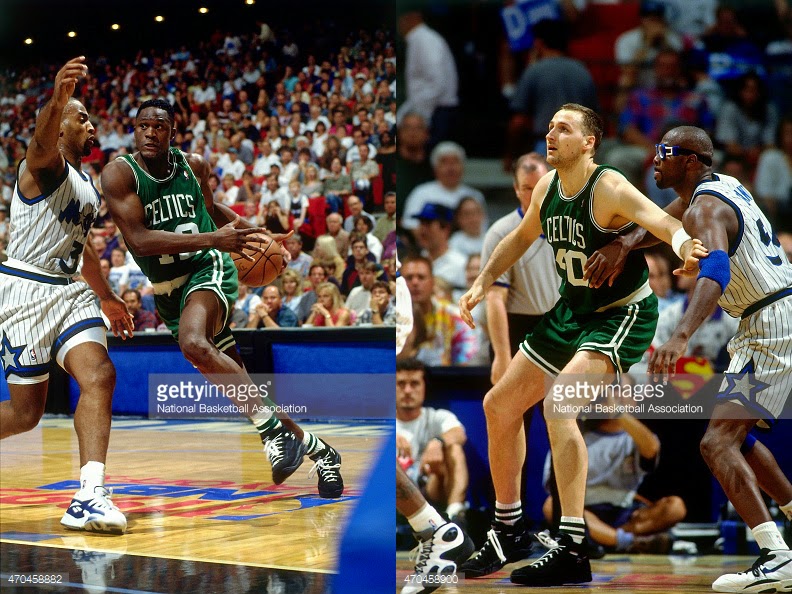 Despite a .427 winning percentage, Boston edged out Milwaukee (34-48) for the eighth and final playoff spot in the Eastern Conference.  The Celtics' reward was a first-round date with Penny Hardaway, Shaquille O'Neal and the 57-25 Orlando Magic.

In Game 1, Orlando ran Boston right out of the building, winning by a final score of 124-77.  Any thoughts that the C's might be able to make a series out of it were quickly eliminated.

But, then something funny happened in Game 2.

The Magic took for granted that they were, in fact, playing against another NBA team.  Sherm Douglas scored 20 and dished out 15 assists, Wilkins (24 points) and Brown (21 points) had big games as well, and "Never Nervous" Pervis Ellison chipped in 10 points off the bench while guarding Shaq.  The Celtics shot 52 percent from the floor and came away with a stunning 99-92 victory on the Magic's home floor.

I distinctly remember one national television commentator saying "and now the series shifts back to Boston, where the Celtics can close it out."  The rest of the studio crew laughed, but it didn't seem impossible.

The Celtics fought hard, but dropped two tightly-contested matchups at the Garden, losing 82-77 in Game 3 and 95-92 in Game 4 (the league did best-of-five series in the first round at the time).

YouTube clips from 20 years ago are slim, but here's some Radja highlights from Game 4, the last Celtics' game ever played at the original Boston Garden:

Let's hope tonight the C's can channel some Game 2 underdog karma from their 1994-95 counterparts.