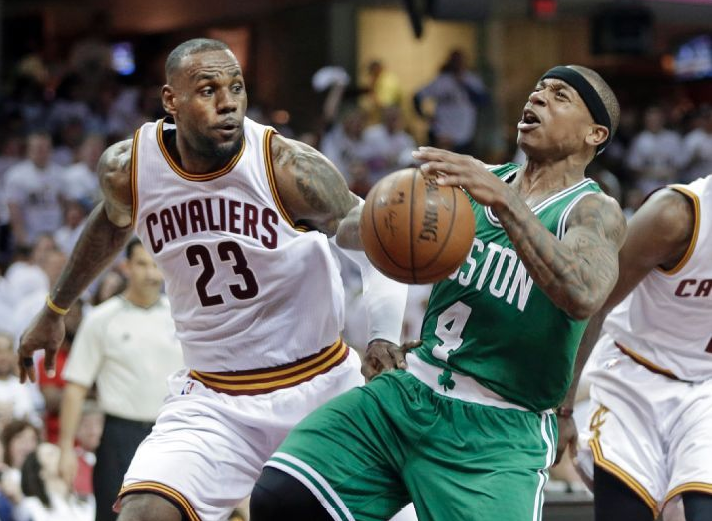 On Sunday, NBA fans from around the country were treated to what they yearned-for so badly, the playoff debuts of Marcus Smart and Kelly Olynyk.

What other explanation would one have for why Game 1 of the Cavs/Celtics series drew such strong ratings?

Okay, maybe it had more to do with the return of LeBron James to the playoffs as a member of the Cavs. But still, average basketball fans were able to witness, some for the first time, Olynyk and his flowing locks draining jumpers from beyond the arc.

As a die-hard C's fan it's good to see the team finally geting the exposure they deserve. Even if it has to due in large part with the self- proclaimed King of Akron returning to the postseason donning a Cavs uniform.

Rob Welch4/21/2015 12:26:00 PM
Share
Rob Welch
I have been a die hard Celtics fan since birth, even though I don't really want to talk about the ML Carr/Rick Pitino Eras but I will if necessary.
Newer
Older