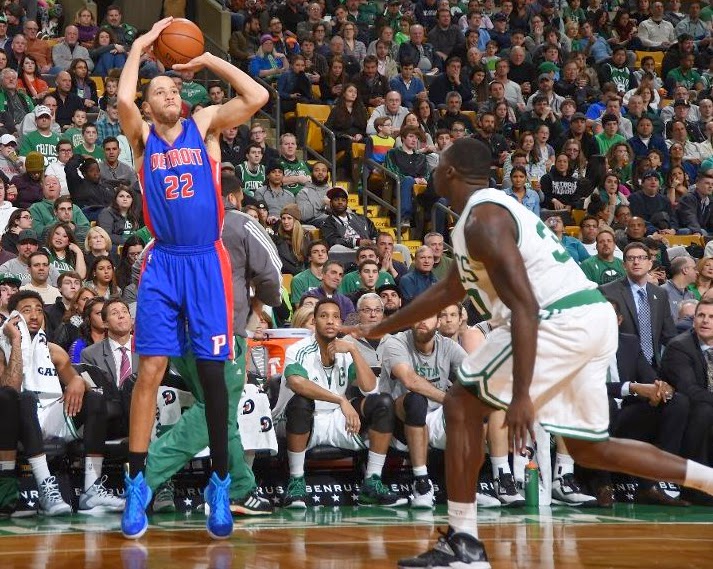 Difficult to process relationships with some of the Temporary Celtics this year.

I suppose the baseline is how we might look at Paul Pierce. He was around ever since we can remember. He was like a father, if you will. Someone reliable you always knew would be around. Even after being stabbed, his permanence was undeniable and his worth without question.

Until, of course, he was one day sent packing.

Then you've got these Rent-A-Celtics - guys who showed up for a bit and left on their own or got "Dannied" to another squad. Some of these guys were nice to have around for the short time they were here, like the guy your mom briefly dated after the divorce.

Sure, it was only for two or three weeks, but he went to your band concert, bought you a Snickers bar and didn't smell like beer.

This is Tayshaun Prince.

Never quite sure you should offer your heart to him, last night you're thankful you didn't. Although not the dominant player for the Detroit Pistons in the Celtics' 105-97 loss, he did hit a long jumpshot for three points at a time in the game when supporters of the green would have preferred for such a thing not to have happened.

And to make matters worse, he gave some of the credit for the play to our calm and brilliant Coach Brad Stevens.


But the strangest thing to me is that after playing over twelve years of NBA basketball, Tayshaun Prince had never heard of a pick and roll before joining the Celtics.

Surely can't be the case. Such an admission would be similar to having a tenured nurse give credit to a doctor for introducing her to Band Aids. Or a blog commenter giving credit to a junior high schoolboy for emotional and vulgar reactions to disagreements (yeah, I went there).

Perhaps it won't be long before we catch wind of Marcus Smart giving props to Chris Paul for nailing Matt Bonner in his Center of Gravity.