Eye on the Draft: Frank "The Tank" Kaminsky 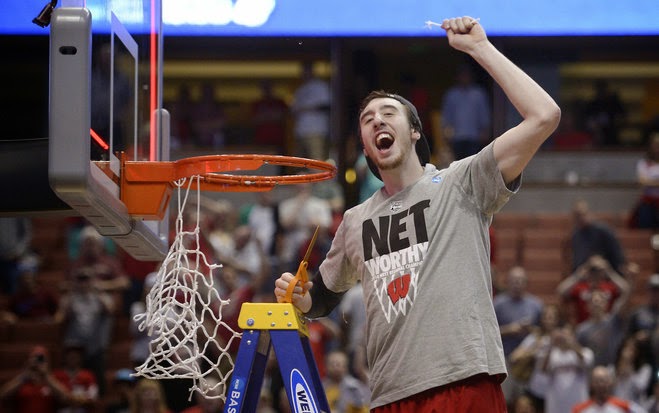 What if I told you the Celtics could solve their 3-point shooting woes by adding a center? Get Raef LaFrentz out of your heads people, calm down. Frank Kaminsky, the 7-foot 240 pound center out of Wisconsin may not be the ideal fit for Celtics fans, but he's a guy the team will want to consider if they land a lottery pick outside of the top ten.

We've covered how badly the Celtics need a rim protector like Willie Cauley-Stein, but it's not like Boston couldn't use some help on the offensive end as well. At this point in late February, Kaminsky may be the only player who could challenge unanimous mock draft favorite Jahlil Okafor for NCAA Player of the Year. He's been that good this season.

Kaminsky is in his senior year for the Wisconsin Badgers. Last year, NBA executives had told ESPN.com's Jeff Goodman that Kaminsky's range would be anywhere from 25th to 45th in the 2014 draft.

This season he's raised his points per game total from 13.9 to 17.7, as well as his rebounds from 6.3 to 8.3 per game. One would think that would raise his draft stock. But some scouts still have doubts he can handle the physicality in the post once he gets to the pros.

Currently ESPN's Chad Ford has him ranked at #15 overall on his draft board. Draftexpress.com puts him at #12, while CBSSports.com's Sam Vecenie ranks him at #13 overall. Right about the range the Celtics are likely to land in the lottery. 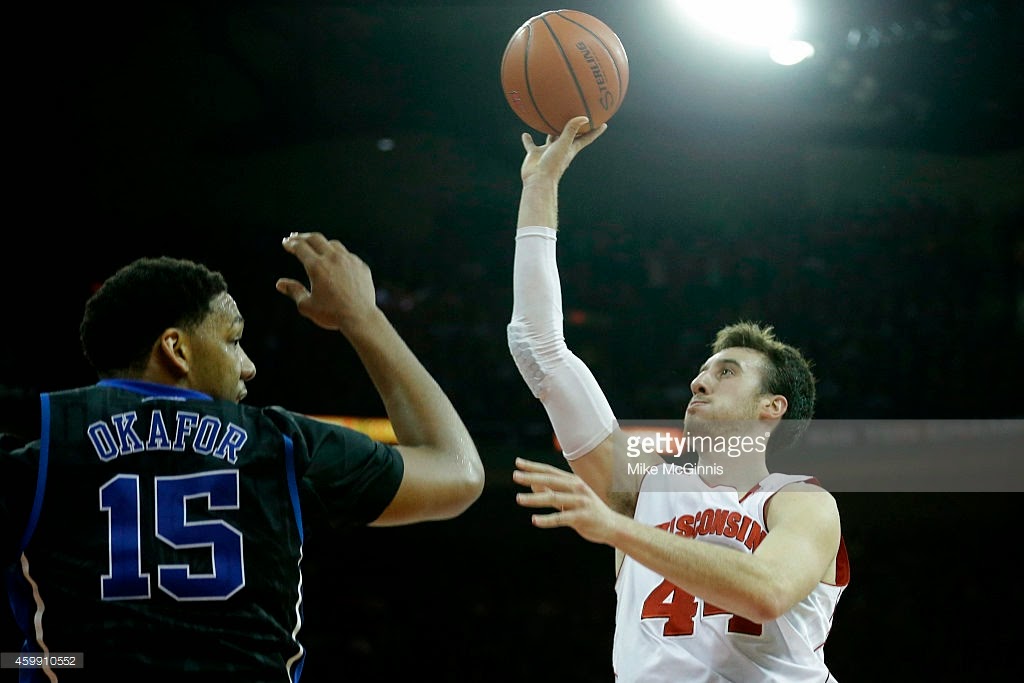 Now there has to be reason for the scouts to dismiss how well he's played this year and keep him that low on the board. Whether or not he'll be able to handle stronger opponents in the NBA is something Danny Ainge will need to find out more about before calling his name on draft day.

But he certainly didn't show any struggles against Duke's Jahlil Okafor, who at 272 pounds presents as good a representation of what he'll see in the NBA as he'll get at the college level. In fact, he outplayed Okafor, and proved what kind of threat he can be matchup wise for opposing bigs.

Kaminsky has a jumpshot that can get hot quick. Last season he broke the Wisconsin single game scoring record with 43 against North Dakota. He was 16-of-19 from the field, including 6-of-6 from 3 point range. One of the record holders he surpassed was former Celtic Michael Finley.

He's not the 5 star prospect Celtics fans are going to want come draft day, but Boston lacks outside shooting and Kaminsky would stretch the floor nicely for them off the bench. Currently Boston is 24th in the league in 3PT%, but they are 12th in 3-point attempts. The style of play coach Brad Stevens is pushing calls for that, the Celtics just don't have the shooters to support it.

This is why Frank the Tank has to be on Danny's radar for this June. There are obviously guys with more upside, but if the Celtics are picking late in the lottery wouldn't you rather they pick a player who can contribute immediately than another future Maine Red Claw?

Kaminsky really reminds me of the Pelicans' Ryan Anderson. Long lanky big man that moves and shoots like a small forward. He's great working off the ball and has some pretty savvy passing skills for his size/position. Not a great rebounder, but any team drafting him won't be doing so for help on the glass.

The combination of his low-post game in the paint and his jump shot will be his NBA calling card. This is a kid that can stroke it like a shooting guard, then on the next possession he can post up on the block, catch, spin and shoot a hook shot with touch. The kind of player that would make Heinsohn go apeshit on a nightly basis. Just look at what he's done to Charles Barkley..

He's not the ideal rim protector like Cauley-Stein or Myles Turner, but Kaminsky does average 1.7 blocks a game. That's where he seperates himself from the Ryan Anderson comparison. My opinion is that he could be more than just a fringe 3-point guy. May not be a future superstar, but I think teams would be silly to pass on him simply because of doubting his strength. He handled Okafor fine, and he might beat him out for the Wooden award too. 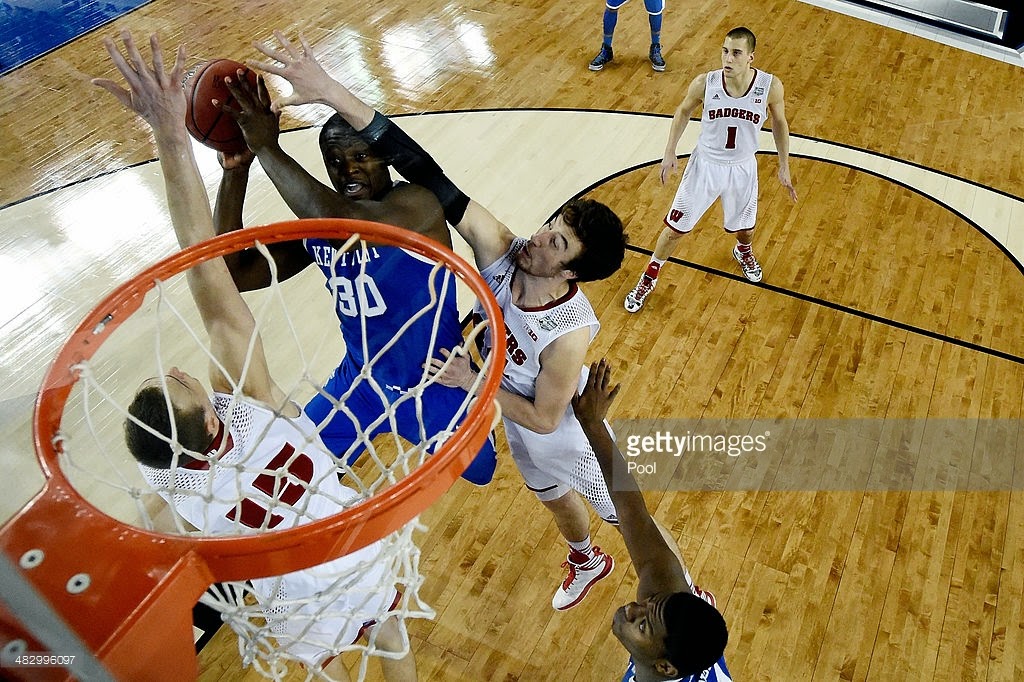 Big Frank will need to hit the gym to prove he can handle some of the centers in the league, but I think he could play the power forward position right now. Keep an eye on Kaminsky and Wisconsin come tournament time in March.