Jeff Green is surrounded by threats 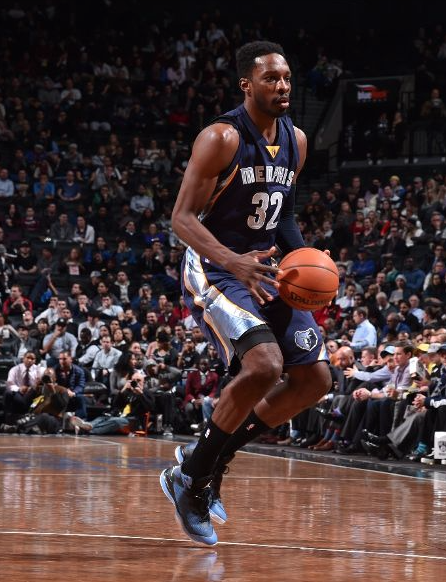 Jeff Green debuted last night with the Memphis Grizzlies on the road against the Brooklyn Nets.

In a rather rocky beginning, Green missed all four of his three-point attempts and finished 3-11 from the floor in scoring 10 points as part of the Grizzlies victory.

In recognizing the substantially higher talent level than in Boston, Green said,

"I mean, I'm surrounded by threats. It's a great feeling to have. Coach just wants me to go out there and just play my game and just be aggressive."


Of course, Celtics fans are no stranger to coaches encouraging Green to be aggressive, but the athletic forward should find quick individual success as opposing defenses will have divided attention when he is on the floor with his playoff-bound coworkers.

Perhaps Danny Ainge’s master plan for the Celtics making the playoffs this season is to distribute each player to teams that are currently headed in that direction.

With that in mind, enjoy the rest of the season, Jeff.