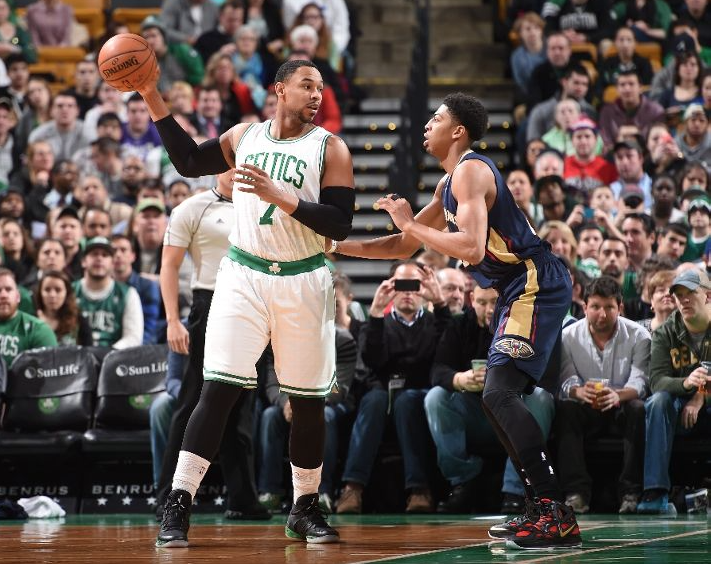 As Jared Sullinger and the Celtics prepare for their February schedule, let's look back at the month that was for the C's leading scorer.

Sullinger, who is averaging 14.1 points per game this season, had some ups and downs in the month. The Celtics as a team went 5-11 in January.

In January Sully put up averages of 15.3 points while grabbing 8.5 rebounds. As always, his shooting has been a topic of conversation, and this past month was no different:

Sullinger shot 43.1 percent in the month of January, including 22.4 percent from deep. Gotta boost those numbers.
— Jay King (@ByJayKing) January 31, 2015

In a January 12th win against New Orleans, the third-year forward had his best game of the year, tossing in 27 points and swarming the glass for 10 rebounds. He was an impressive 9-of-17 from the floor in 32 minutes of playing time:

One the C's recent 3-3 west coast trip, the biggest win was their last second victory, on the 22nd in Portland. The play of the game was Evan Turner's go ahead trey. The shot was made possible due to the hustle of Sullinger who sacrificed his body to grab the loose ball on the floor and dish it to his open teammate:

Sullinger finished the game with 17 points, on 8-of-15 shooting, and nine rebounds: 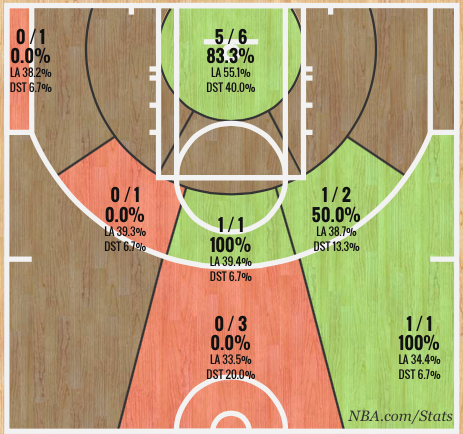 Forgotten in the near comeback against the Warriors on the 25th, was the effort by the ex-Ohio State Buckeye who had 26 points while ripping down nine boards.

He then came back the following night in the win against Utah, with a very efficient 12 points and nine rebounds in 27 minutes. He finished the game with a +/- of +9.

The C's had a nice win at Brooklyn on the 7th, but no credit could be given to Sullinger. The 22-year old was a big time no-show, as he only hit one of the seven shots he attempted, finishing the game with just two points.

The worst loss of the month was the clunker the team put up in Los Angeles against the Clippers on MLK Day, losing 102-93, in a game that the boys from Boston never were really in. It didn't help that Sullinger shot 36% from the field in the contest, finishing with 14 points, including a +/- of -23.

And then there was last night...

As the C's crept back into the game against Houston, it was Sullinger who tried being the hero but came up short, missing three 4th quarter three-point attempts, one with 1:50 left that would have tied the game at 84 and could have been a huge momentum swing in front of the home crowd.

Sullinger finished the month on a low note, contributing only eight points in the loss on an abysmal 28% shooting, including 0-of-3 from beyond the arc: 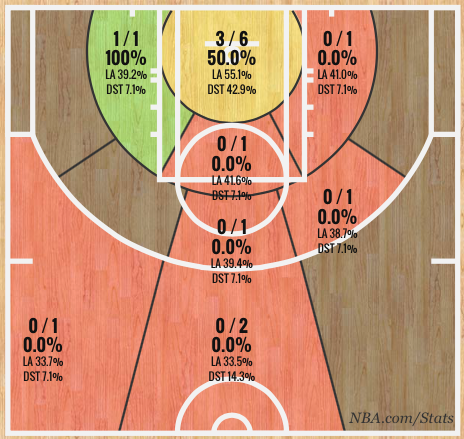 Sullinger's defense was also in question, in the loss to the Rockets:

Nights like this, you realize why Sullinger needs to lose weight. He's a 4 who can't stick with stretch 4s.
— Jay King (@ByJayKing) January 31, 2015

As evidenced by the bricks put up last night by Sullinger, it would be to his advantage to take the ball to the hoop more often than he is, and avoiding bad three-pointers. For the year he is shooting 50% on two-point field goals, including 54% within 10 feet. Compared to only making 30% of his attempts from behind the three-point line.

If the Celts are to stay in the playoff hunt, they will need a consistent effort in the paint from their starting power forward.

Rob Welch1/31/2015 09:31:00 PM
Share
Rob Welch
I have been a die hard Celtics fan since birth, even though I don't really want to talk about the ML Carr/Rick Pitino Eras but I will if necessary.
Newer
Older