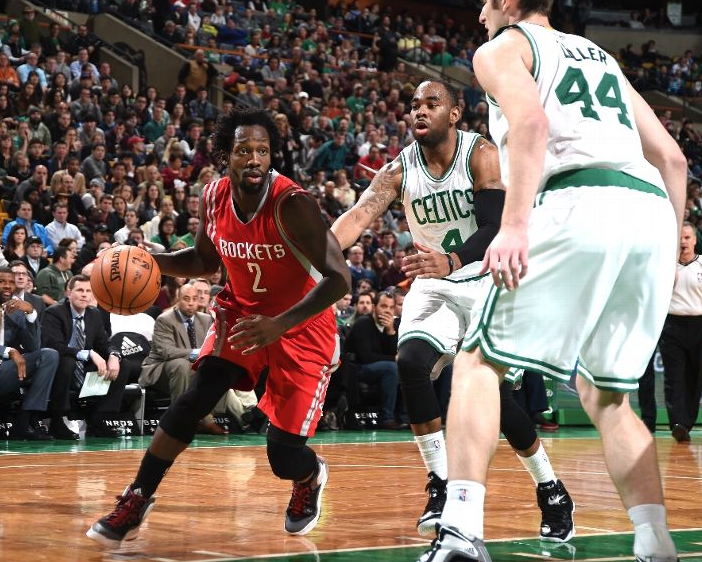 It was a tale of two halves for the Celtics on Friday night versus the Houston Rockets. The green came out of the locker room looking disinterested in the first two quarters and were outscored 60-42 in the first 24 minutes, eventually falling to the Rockets 93-87.

An intense defensive third quarter by the Celts, though, got the C's back in the game. Marcus Smart(4 points, 4 assists) and the defense held the Rockets to only nine third quarter points.

A Marcus Thornton (15 points, 4-of-6 from beyond the arc) three-pointer with 20 seconds left in the frame cut the Rockets lead to 69-64 going into the fourth. The C's poured in 22 points in the third.

Thornton continued his sharp shooting in the fourth, hitting a trifecta and cutting the Rockets advantage to 82-77. Brandon Bass'(17 points, 8 rebounds) two free throws made the game 82-79 with 5:30 left.

A Donatas Montiejunas' jam, off a missed shot, with 3:00 remaining bumped the Rockets lead to 84-79. Monteiejuas finished the game with 26 points and 12 rebounds. An Avery Bradley (10 points) jumper with 2:25 left sliced the lead to 84-81. But the hero of the night, Montiejunas, caught a James Harden (13 points) pass on a fast break, laying it in to make the lead five at 86-81 with under two minutes remaining in the contest.

The Celts held Harden, the NBA leading scorer, to just 4-of-21 from the floor.

The Celts, down 90-85 with 27 seconds remaining in the game, got a layup from Thornton to bring the C's within three, 90-87. The Celtics though, were unable to get over the hump, losing their second straight game and falling to 16-29 on the year. The Rockets improved to 33-14.

Boston next plays at 1pm on Sunday, as they host the Miami Heat, in a Super Bowl appetizer.

Rob Welch1/30/2015 10:10:00 PM
Share
Rob Welch
I have been a die hard Celtics fan since birth, even though I don't really want to talk about the ML Carr/Rick Pitino Eras but I will if necessary.
Newer
Older